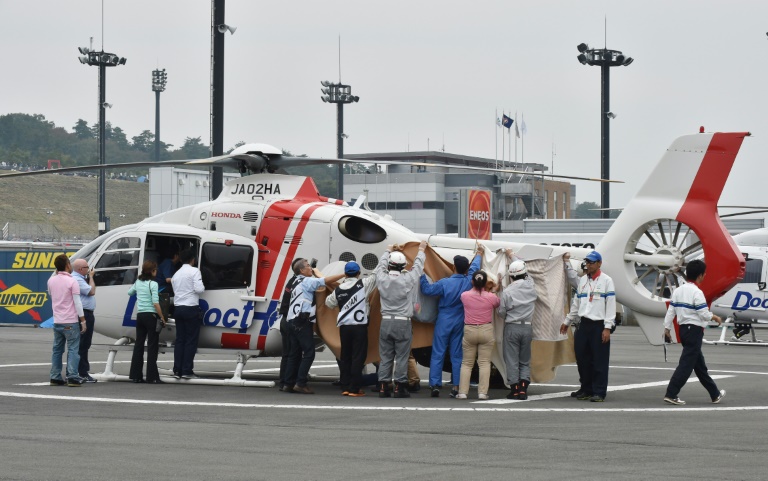 Alex de Angelis is in “critical condition” with bleeding inside his brain after a practice crash on the eve of the Japan Grand Prix, a race doctor said Sunday.

The San Marino rider is sedated in the intensive care unit of Dokkyo Medical University Hospital following the crash in the fourth free practice session on Saturday.

More tests and reviews are needed to determine whether the rider will need neurosurgery, he said.

Screenings Saturday evening did not show signs of brain bleeding which could develop many hours after the accident, Zasa added.

“The situation is that we have an intracranial bleeding but the patient is stable,” he said, adding it was too early to tell whether there would be lasting effects.

De Angelis, 31, also fractured five vertebrae and two ribs. He also suffered a slight fracture of the sternum and the left collarbone, according to his team Team e-motion Iodaracing.

The rider also had a bruised lung but was breathing on his own, it said.

De Angelis was unconscious briefly after the crash but came to before he was taken to hospital by helicopter, Zasa said.

After arriving there the rider was able to recognise his friends and team members but could not recall the accident.

“He was able to recognise me. In the evening he was fully awake, just complaining about the pain,” Zasa said.