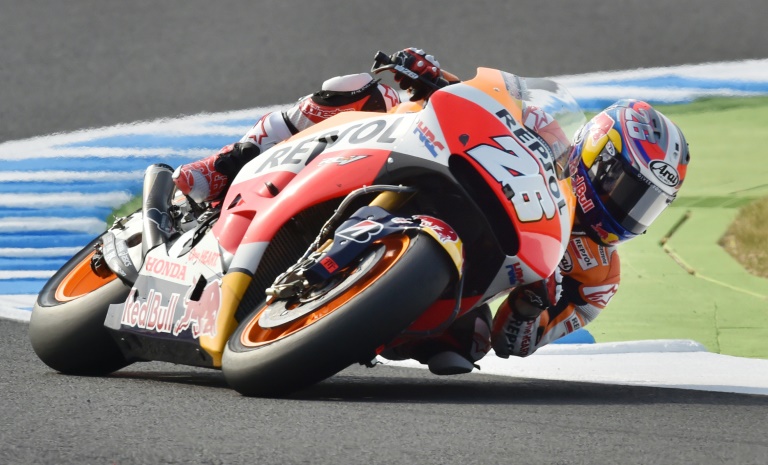 Dani Pedrosa came from behind to grab his first win of the season at the Japan Grand Prix Sunday, while championship leader Valentino Rossi finished second.

The results meant the Italian stretched his championship points lead over Lorenzo to 18, with three races to go.

Pedrosa, who was placed fourth early on in the race, stunned rivals and spectators with his electrifying charge from lap 15 of the 24-lap race. He stormed past Rossi and then Lorenzo two laps later.

“I couldn’t go fast in the begining,” Pedrosa said.

“But at the end, my pace was faster and could win the race. I am very happy.”