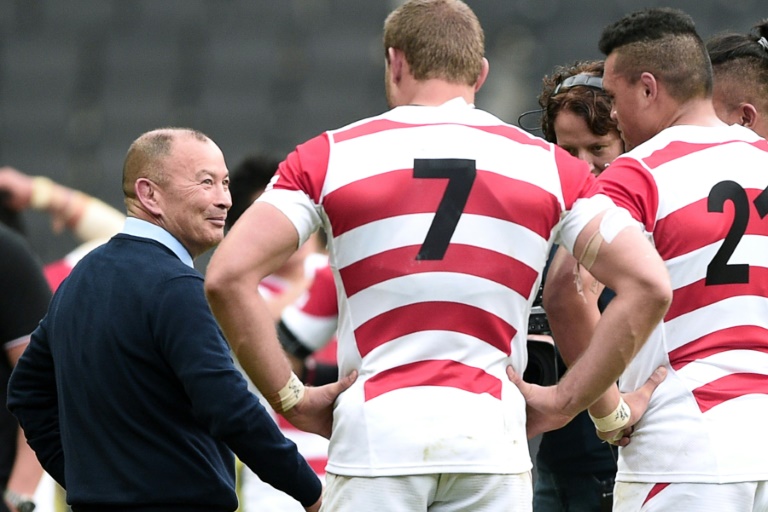 Eddie Jones may end the World Cup in anger if Japan make the United States their third scalp of the World Cup on Sunday but do not get a historic quarter-final place.

After their dramatic 34-32 victory over two-time world champions South Africa in their opening game, Japan have also beaten Samoa in Pool B. And their Australian coach said a third win would make the underdogs the “team of the tournament”.

Japan — the 2019 World Cup hosts — have won only once at seven previous tournaments. And they have never been close to the quarter-finals.

But a win would count for nothing if Scotland beat Samoa on Saturay to claim second place behind South Africa.

“I’ve said to the players, if we leave here with three wins and we do make the quarter-finals it’s been a fantastic achievement,” said Jones.

The Australian is right. Every team with three group victories at previous World Cups has reached the last eight. In 1987, Fiji managed only one win in their pool and still got through.

The United States are looking for some honour, having lost all three of their games, including a 64-0 hammering by South Africa on Wednesday. So both sides will be putting out their best line-ups for the match at Gloucester’s Kingsholm ground.

“We picked our strongest team as we have the whole World Cup,” said Jones. Full-back Ayumu Goromaru — one of Japan’s stars of the tournament — will be closing in on 700 Test points.

“America are an emotional team. If you’ve seen them play at this World Cup they’ve been playing well. You can tell they are fired up by watching them sing the national anthem,” said Japan captain Michael Leitch.

US coach Mike Tolkin has made 13 changes from the starting XV against the Springboks, bringing back first choices who were rested. Chris Wyles returns as captain for his 11th and probably last World Cup match.

“It’s pretty important. We came into this World Cup with pretty high expectations of ourselves so this is a defining game for us,” Wyles said.

“I am not surprised by Japan,” he added.

“We have been playing Japan pretty much every summer for the past four years. You can see that they have been building under Eddie Jones and that they’ve put together a very strong side.”

Tolkin said he was disappointed at the American team’s record of three games and three defeats. He insisted two of the matches had been winnable.

“I think looking back at the last three, we would have wanted a bit more consistency and, at times, we let ourselves down,” Tolkin said before the US side’s World Cup finale.