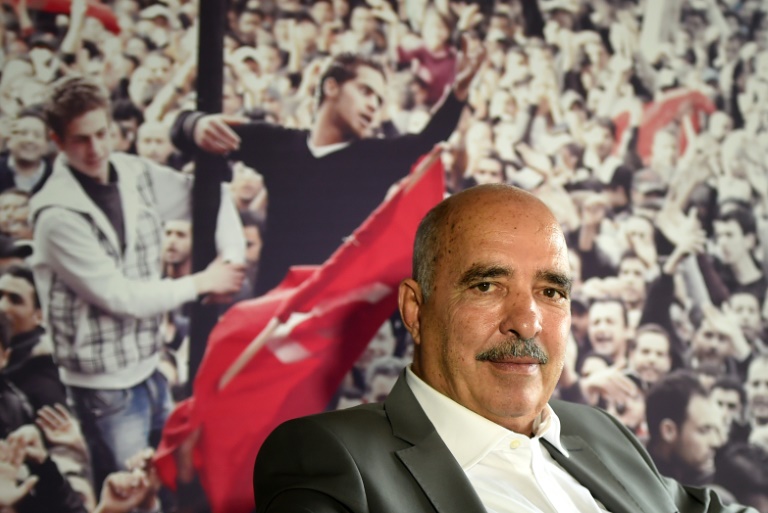 Tunisian civil society groups won the Nobel Peace Prize on Friday for helping rescue the only democracy that emerged from the Arab Spring, in a hugely symbolic show of support for the country after a wave of jihadist attacks.

The Nobel panel said the award to the National Dialogue Quartet was intended as an “encouragement to the Tunisian people” and as a beacon to the wartorn Middle East, north Africa and beyond.

The award won praise from around the globe, with UN chief Ban Ki-moon hailing the groups’ work as “an inspiration to the region and the world” while one winner said it was a tribute to those who had died in the struggle to move from dictatorship to democracy.

Announcing the award in Oslo, Nobel committee chairwoman Kaci Kullman Five saluted the quartet’s “decisive contribution to the building of a pluralistic democracy in Tunisia in the wake of the Jasmine Revolution of 2011.”

The quartet had succeeded in establishing a “broad-based national dialogue” and must be given much of the credit “for ensuring that the benefits of the Jasmine Revolution have not been lost,” she said.

“The Norwegian Nobel Committee hopes that this year’s prize will contribute towards safeguarding democracy in Tunisia and be an inspiration to all those who seek to promote peace and democracy in the Middle East, North Africa and the rest of the world,” the panel said.

The prize was awarded nearly five years after a desperate Tunisian street vendor set himself on fire, touching off a wave of unrest which left more than 300 people dead and eventually toppled the dictatorial president Zine El Abidine Ben Ali, inspiring uprisings across the region.

Formed in 2013 when the process of democratisation was in danger of collapsing because of widespread social unrest, the quartet established an alternative, peaceful political process as Tunisia was on the brink of civil war, the committee said.

The honour took observers by surprise as the Tunisians had not been mentioned in the weeks of frenzied speculation in the runup to the announcement.

The UN chief said the award also belonged to the Tunisian people.

“This recognition belongs to all those who gave birth to the Arab Spring and are striving to safeguard the sacrifices of so many,” he said.

“The Arab Spring began with great hopes that were soon replaced with grave doubts. Tunisia has managed to avoid the disappointment and dashed hopes that have tragically emerged elsewhere.”

The winners themselves were quick to recall the cost in human life, with the country’s powerful labour union saying it was a “tribute to martyrs of a democratic Tunisia”.

“This effort by our youth has allowed the country to turn the page on dictatorship,” said UGTT chief Houcine Abassi in words echoed by fellow winner, the UTICA trade confederation.

“We are here… to give hope to young people in Tunisia that if we believe in our country, we can succeed,” UTICA head Ouided Bouchamaoui said.

On the streets of Tunis, people welcomed the Nobel as a boost for democracy.

“It’s an encouragement for the parties in opposition and those in power so they can believe in democracy and not just grab power,” Tunis resident Shukri ben Nasif told AFP.

Since the Tunisia uprising, the Arab world has been rocked by massive upheaval that has toppled leaders in Egypt, Libya and Yemen and plunged Syria into a brutal civil war.

Tunisia was able to adopt a constitution in January 2014 and held its first democratic elections at the end of last year.

But its democracy remains fragile, with the country rocked by a series of high-profile political killings and bloody recent attacks by Islamic State militants that killed 22 people, mostly tourists, at a Tunis museum in March, and another 38 foreigners in a beach resort massacre in June.

In an interview with AFP after the announcement, the Nobel committee chief said the quartet’s work proved that political compromise between secular and Islamist groups could result in meaningful democracy.

“It is possible, it has been done and it can be done again if the people forming different political movements — either Islamists or secular — want to cooperate in the best interest of their people,” Kullman Five said.

“This has been a very, very important result that we think is an example.”

As Tunisia’s President Beji Caid Essebsi said his country had “no other solution than dialogue, despite ideological disagreements”, EU foreign policy chief Federica Mogherini said the quartet’s work had shown the region “the way out” its crises — through national unity and democracy.

France’s President Francois Hollande said it “rewards the success of the democratic transition” and British Prime Minister David Cameron said Tunisia was a “beacon of hope” for the region.

The prize will be handed out at a ceremony in Oslo on December 10.