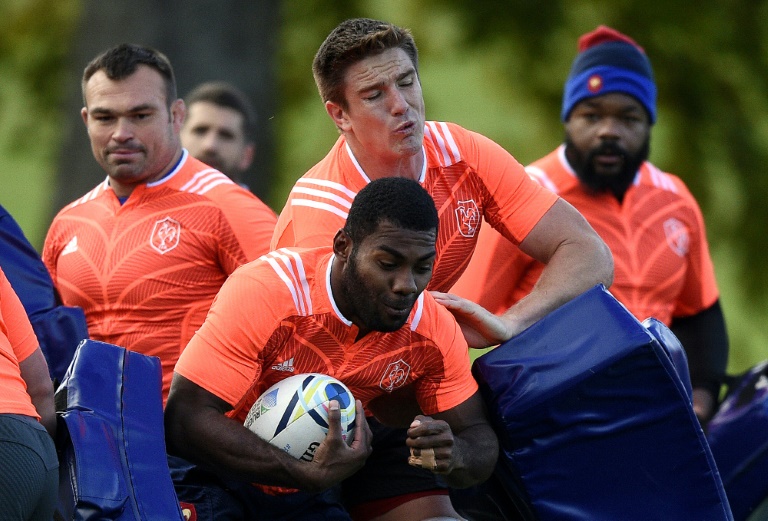 Ireland must overcome the “fear factor” to beat France in their World Cup group decider on Sunday where the winner will avoid the quarter-final from hell, according to coach Joe Schmidt.

A classic is expected with the finesse of Ireland’s Jonny Sexton against the power of France’s Mathieu Bastareaud. The victor of the Pool D clash miss defending champions New Zealand in the last eight.

Both the French and Irish teams have come through their first three pool games unbeaten.

On paper, it was always going to come down to this final game, with Six Nations rivals Italy out of the picture along with Canada and Romania.

“From a training perspective and from a preparation perspective, we know things have to be racheted up, we know that based on our performance last week against our first tier one opponent,” said Ireland coach Joe Schmidt.

“Inevitably, there is a fear factor. If they get a roll on, if they get some of their big athletes up and running, we know we could be in trouble.”

Schmidt made three changes to his starting XV from the team that battled to a gritty 16-9 win over Italy, having easily beaten Canada (50-5) and Romania (44-10).

Devin Toner comes in for Iain Henderson at lock, Rob Kearney replaces Simon Zebo at full-back and Cian Healy takes over from Jack McGrath at loose-head prop. Schmidt admitted he has one eye on the turnaround for what will be a testing quarter-final against New Zealand or Argentina.

Selection, the New Zealander said, was a balancing act between having already qualified but wanting to qualify in first place.

“Regardless of where you finish in the pool you’re going to have to play next week with a side that’s incredibly well capable because either of the opposition we’d run into will be very, very difficult,” Schmidt acknowledged.

France under Philippe Saint-Andre have failed to beat Ireland in his four games in charge, although the former winger never lost as a player.

Saint-Andre has recalled dynamic No 8 Louis Picamoles and Fiji-born winger Noa Nakaitaci, the duo both having started the first two France matches, but having sat out the most recent 41-18 win over Canada.

Damien Chouly switches from number eight against Canada to openside flanker in the one positional change.

“I’ve said it before and I repeat it now: my players are starving for this game. They’ve had this match in their heads for a very long time,” Saint-Andre said.

“It’s an exceptional match to play in, against a leading nation in world rugby. It will be a match with an enormous amount of intensity.”

France lock Yoann Maestri said finishing first in the pool was not lost on the players.

“Qualification was important to go looking for, that’s certain. But we really want to go for the first place and win against Ireland who’ve got the better of us for the last four years.”

Scrum-half Sebastien Tillous-Borde, who will partner veteran Frederic Michalak at half-back for Les Bleus, added: “It’s important to win to have confident and to be able to build on this match.”

Ireland flanker Peter O’Mahoney said it will be “certainly the biggest game I’ve ever played in.”

“You get your play-sheet during the week and get your work done, and when it comes to Sunday you just put your head down.

“We’ve got to go up two or three levels this week — French teams are certainly renowned for performing at World Cups and I don’t think it’s going to be any different this time.”