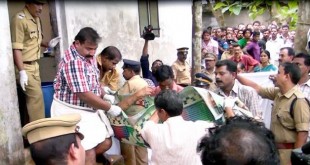 A senior official of a private shipping company has been arrested for allegedly evading payment of service tax to the tune of Rs 8 crore.

In the release, Assistant Director of Central Excise Intelligence C Satyanarayana said they investigated a case of non-payment of service tax against Kei Rsos Maritime.

Verification revealed the company evaded payment of service tax involving more than Rs 8 crore. The company used the money, which should have gone to the Government, for their own purpose, he said. Diversion of service tax was done under the knowledge of Choudhary.

He was arrested and produced before a Magistrate in Kakinada on October 8. He was remanded in judicial custody till October 20 by the Magistrate, the release said, adding the case is under investigation.