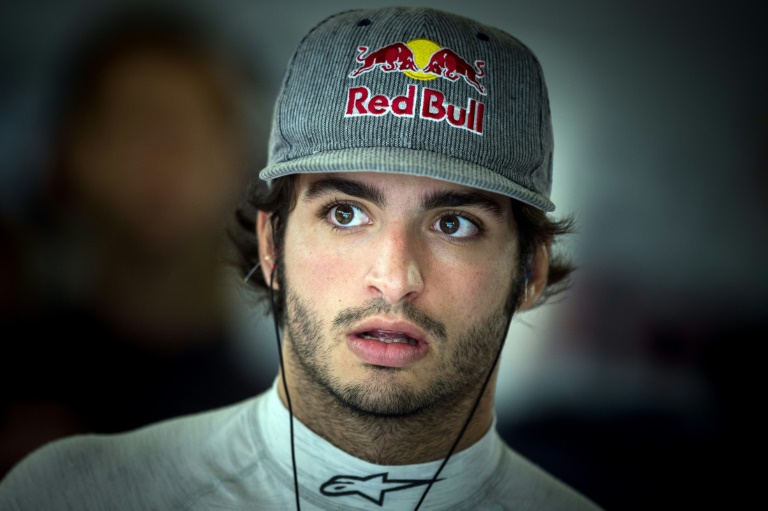 The Spaniard was extricated from his crashed Toro Rosso car and carried on a stretcher to a waiting ambulance and then to the circuit medical centre after crashing at Turn 13.

An official announcement by International Motoring Federation (FIA) spokesman Matteo Bonciani confirmed that Sainz was conscious as he was being taken from the wreckage.

He added that Sainz had been talking to the medical staff as he was extracted and had attempted to undo and take off his own helmet.

Sainz, 21, lost control of his car after braking on a high-speed section of the Sochi Autodrom where he glanced off the outside wall and then speared straight into the barriers.

Toro Rosso team chief Franz Tost said Sainz was conscious, but could not say if he was injured or explain what caused the accident. He said Sainz would not drive in the qualifying session scheduled for later on Saturday.

The accident brought Saturday morningâ€™s third and final practice for this weekendâ€™s Russian Grand Prix to a halt â€“ and then an early conclusion — after 36 minutes.

The Toro Rosso driverâ€™s car sheared off the track and into the barriers at Turn 13 on the Sochi Autodromo circuit where he rammed into the wall under the fitted tec-pro barriers.

There were immediate calls for an explanation why the tec-pro barriers, designed to absorb the worst of this kind of accident, were fitted above the level of the carâ€™s impact.

The session was red-flagged to a halt and then ended eight minutes later when it was officially announced that it was not being restarted.

The Williams teamâ€™s drivers Finn Valtteri Bottas and Brazilian Felipe Massa were the only ones to stay on track for anything more than a few test laps.

The session ended with German Nico Rosberg fastest in his Mercedes with a best time of one minute and 38.561 seconds ahead of Bottas and series leader and last yearâ€™s race winner defending two-time world champion Briton Lewis Hamilton in the second Mercedes.

Sainz, 21, son of former world rally champion Carlos Sainz who was not at the track because he was competing in a rally in Morocco, was not seen or heard from as emergency crews arrived to try and remove his car from the barriers.

Medical officers attended the accident as the rest of the cars filed back to the pits.

“Is he ok? It looks like a big one,” asked his Toro Rosso team-mate Dutch teenager Max Verstappen.

“We lost the power on the car, so we donâ€™t know,” the team responded.

Sainz was on his first flat-out high-speed run at the circuit, which, as a rookie, he was learning also for the first time.