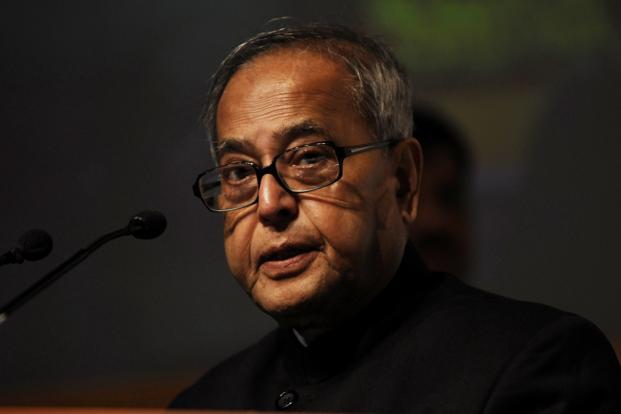 Amman: President Pranab Mukherjee began a six-day historic visit to turbulent West Asia, arriving on Saturday to a ceremonial welcome followed by lunch with King Abdullah of this strategically-located kingdom.

A colourful reception was accorded to the Indian leader at the Al Husseinieh Palace, where he drove straight from the airport after a six-hour flight from India. The President and the King, who wields all the power in Jordan, met for half-an-hour before delegation-level talks.

The King thereafter hosted a lunch for the Indian leader who is accompanied by Union Minister Thawar Chand Gehlot and six MPs including K V Thomas of Congress and Meenakshi Lekhi of BJP.

Mukherjee, who will travel to Palestine and Israel after a two-day stay here, is the first Indian Head of State to visit the three countries even as the External Affairs Minister has not been to these countries. Ahead of his visit, the President called his trip to the three countries as “historic”.

Continuing violence in Israel and Palestine in recent weeks, which has resulted in heavy casualties, led to curtailment of the President’s plans to visit some of the historic places there and has led to deployment of extra security.

Mukherjee will be the first Indian President to travel to Jordan in the last 65 years since the establishment of diplomatic relations between the two countries. Earlier, Rajiv Gandhi had visited Jordan as Prime Minister in 1988.

During the President’s stay, India will be looking for opportunities to increase the trade between the two countries as Jordan can act as the base for Indian companies to start operations in that region. Mukherjee will also visit the University of Jordan and address its students and faculty. He will also grace a function organised by Indian Ambassador in Amman for Indian community and Friends of India.

Ahead of his visit, the President had said India wants to further strengthen cooperation in the area of security and counter terrorism with Jordan.

“We share similar views and perceptions on regional and international issues, including Syria and the Middle East Peace Process. We strongly reject religious fundamentalism and extremism as well as terrorism in all forms and manifestations,” he had said.

On bilateral trade, the President said efforts will be made to reach the trade target of USD 5 billion from the current $2 billion by 2025.

“We invite major businesses from Jordan to avail of the immense opportunities that are available in India under the Government’s ‘Make in India’ initiative,” he said.

He said while India looks at Jordan as an important partner as its strategic location can help Indian companies target regional markets.

“It is true the trade volume has shifted in favour of India since 2013. But, India remains a major importer of rock phosphates, potash and finished fertilisers. We see Jordan as an important partner. Jordan’s strategic location can help Indian companies target regional markets. We must expand our relations to new sectors of cooperation,” the President said.