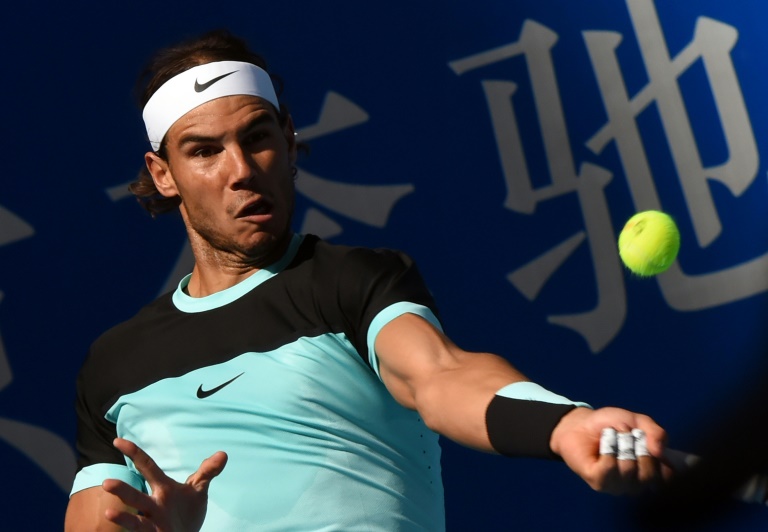 Rafael Nadal insisted his row with Fabio Fognini was in the past on Saturday despite crackling tensions as he downed his Italian nemesis 7-5, 6-3 to reach the China Open final.

Nadal denied an extra edge to the match in Beijing, but his lukewarm handshake at the net and apparent exchanges between his coach and uncle, Toni Nadal, and Fognini told a different story.

Fognini unleashed an angry tirade at Nadal during a changeover at this year’s Hamburg final, telling the Spaniard “don’t break my balls” and complaining about his slow play.

Nadal won the bad-tempered Hamburg final but Fognini stunned the Spaniard in last month’s US Open third round, becoming only the fourth player to beat him three times in the same season.

However Nadal, after grinding past Fognini to set up a final against defending champion Novak Djokovic or David Ferrer, denied any lingering bad blood with the world number 28.

“No rivalry at all. No, no, no. I don’t know what’s going on, seriously,” Nadal told reporters. “We had the issue that we had in Hamburg, and that’s it. No problems.

“At the US Open no problems. No problems today. Very easy match in terms of attitude for both of us. No problem at all. Very, very easy I think for the umpire.”

Fognini also said the Hamburg row was in the past but he indicated ill-feeling may remain against Nadal’s team and in particular his uncle Toni, who was seen angrily gesticulating courtside on Saturday.

“What happened in Hamburg is past, for sure. But I have nothing to say (to Nadal). I have all respect with him outside and inside the court,” Fognini said.

“I was telling another time, the history (argument) was not against him, but against his team, especially the uncle. But is something that is really far away.

On a chilly, breezy day, both players started unconvincingly, suffering two breaks of serve each in the opening games with Nadal also sending down three double-faults.

They steadied to take it to 6-5 for Nadal but Fognini wobbled as he served to stay in the set, wilting in the rallies as he finally gave up the decisive break and smashed the ball into the stands in anger.

The second set was attritional until Nadal leapt ahead with a break for 4-2, and the suddenly invigorated Spaniard won the next game to love to stand on the brink of victory.

Fognini saved two match points before holding serve in a gripping eighth game, but by now the Nadal juggernaut was fully in motion and he ploughed across the line in the next game.

In his first hard court final of the year, Nadal is seeking a redemptive fourth trophy of 2015 after he failed to win a Grand Slam title for the first time since 2004 and saw his ranking drop to eighth.