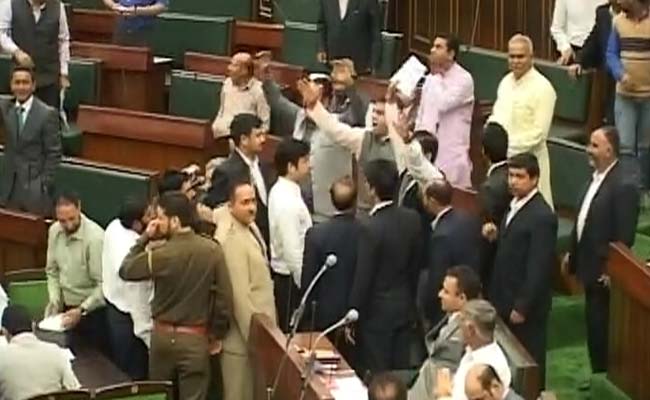 The Jammu and Kashmir National Panthers Party (JKNPP) on Saturday staged a protest over independent legislator Engineer Rashid hosting a beef party at the MLA hostel on Thursday.

The protestors raised slogans against MLA Rashid and demanded his arrest.

Earlier, on Friday, three districts of Jammu observed a complete shutdown, a day after three cow carcasses were found in the Chenani area of Udhampur District.

The Jammu Chamber of Commerce and Industry (JCCI) did not support the Jammu shutdown call.