Home World IS at outskirts of Syria’s Aleppo as Russia, US to resume talks 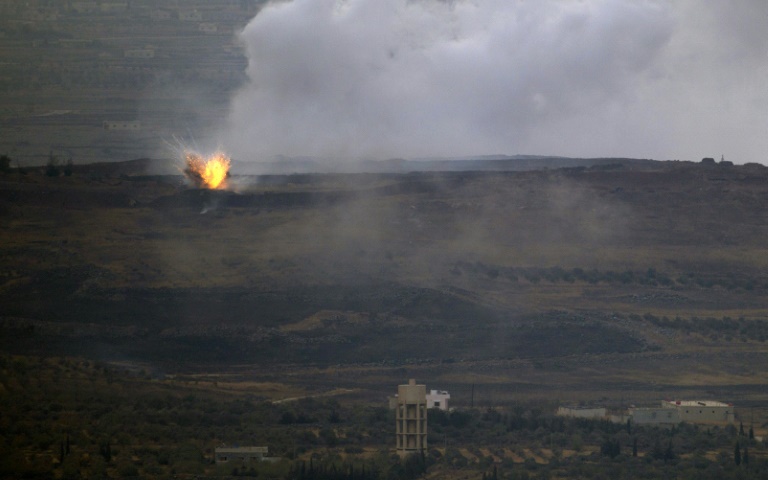 Washington will restart talks with Russia over avoiding accidents in Syrian airspace, the Pentagon announced, as Islamic State group fighters advanced to the outskirts of Syria’s second city, Aleppo.

The two nations are conducting separate bombing campaigns, with Moscow saying Friday — its tenth day of strikes — that its raids had killed hundreds of jihadists in just 24 hours.

Pentagon spokesman Peter Cook said talks between the two countries would resume after Moscow replied to America’s proposals aimed at ensuring Russian warplanes do not cross paths with drones and US-led coalition jets.

“Department leaders are reviewing the Russian response and talks are likely to take place as soon as this weekend,” Cook said.

The United States also announced Friday it would halt its troubled programme to build up Syrian rebel units to fight IS.

The Pentagon expressed alarm earlier this week after Moscow failed to quickly answer proposals made during initial talks, even as Russia launched cruise missiles from the Caspian Sea and repeatedly violated Turkish air space.

He said Russia had bombed a command post in IS stronghold Raqa, killing two senior commanders and around 200 fighters, according to intercepted radio communications.

Strikes on Aleppo killed “some 100 militants”, and other raids struck command posts and training camps in Latakia, Hama and Idlib, he said.

The Russian air war has provided cover for Assad’s ground troops, who have lost swathes of territory to jihadists and rebel groups since 2011.

The coalition headed by Washington said Friday it had conducted one air strike in Aleppo and one on Raqa the previous day.

According to the London-based Syrian Observatory for Human Rights, 16 IS jihadists, including three child soldiers, were killed in French raids, which hit “a training camp” on the southern edges of Raqa.

Regardless of the Russian and coalition campaigns, IS militants have reached their closest position yet to Aleppo city in northern Syria, a monitoring group reported.

“Dozens of combatants were killed on both sides” as IS drove out rebels from nearby localities as well as a military base, said Rami Abdel Rahman of the Observatory.

The jihadists are now just over 10 kilometres (six miles) from the northern edges of the city and three kilometres from pro-regime forces in the Sheikh Najjar industrial zone.

“IS has never been so close to the city of Aleppo, and this is its biggest advance towards” Syria’s pre-war commercial capital, Abdel Rahman said.

Control of Aleppo is divided between rebel groups in the east and government forces, bolstered by pro-regime militias, in the west.

The IS group has not had a presence in the city, but boasted it had “reached the gates of Aleppo”.

Thomas Pierret, an expert on Islam in Syria, said the US-led coalition bombing IS was “not very active” in Aleppo, and that Russia’s strikes there had hit mostly rebels, allowing IS to advance.

Western governments claim the vast majority of Russian strikes have targeted rebel groups other than IS in an attempt to defend President Bashar al-Assad’s rule.

French Defence Minister Jean-Yves Le Drian said Friday that “80 to 90 percent” of Russian strikes in Syria were aimed at propping up Assad.

Human Rights Watch said apparent Russian air strikes on Talbiseh, in northern Homs that killed at least 17 civilians on September 30 “should be investigated for possible violations of the laws of war”.

The Russian campaign has been critical for the regime’s fight in Sahl al-Ghab, a strategic plain in Hama province bordering both its coastal bastion of Latakia and the rebel stronghold of Idlib province.

Washington has said it will stop recruiting new fighters for its train-and-equip programme and would instead “provide equipment packages and weapons to a select group of vetted leaders and their units” already on the ground.

Two small groups of US-trained fighters have crossed into Syria from training centres in Turkey or Jordan this year: the first broke up after coming under attack from the Al-Nusra Front, an Al-Qaeda franchise.

The second surrendered much of its equipment to Al-Nusra, attracting derision from US lawmakers.