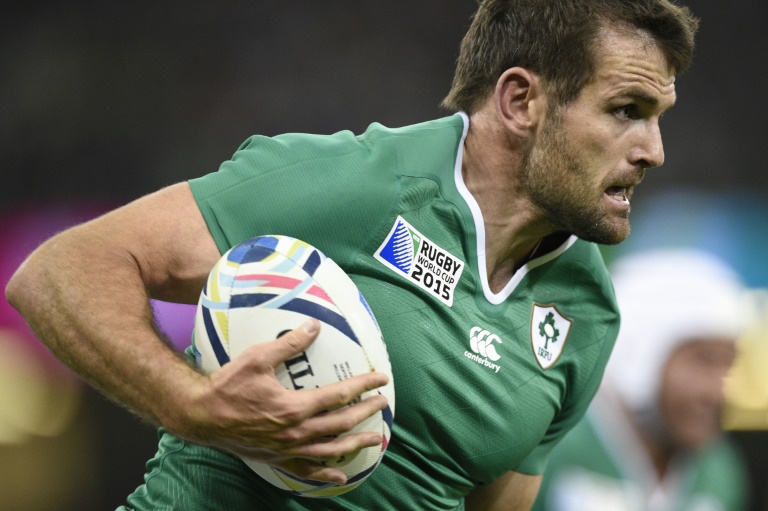 Ireland centre Jared Payne was on Saturday ruled out of the World Cup with a foot fracture.

The 29-year-old New Zealand-born back had been suffering from nagging foot pains and was not selected for Ireland’s Pool D decider against France at Cardiff’s Millennium Stadium on Sunday.

“Following training on Wednesday, due to continued discomfort, Jared had further scans which revealed a foot fracture,” the Irish Rugby Union said in a statement.

“He will be returning to Ireland for specialist opinion and will take no further part in the tournament.

“No decision on a replacement will be made until after Sunday’s fixture at the Millennium Stadium.”

Payne is a huge loss to the Irish as he had formed an effective partnership with Robbie Henshaw — replacing the legendary duo of Brian O’Driscoll and Gordon D’Arcy — which had seen them play a leading role in Ireland retaining the Six Nations title this year.

Ireland coach Joe Schmidt picked Henshaw and Keith Earls for the match against France, the winner of which will avoid New Zealand in the quarter-finals, instead playing Argentina.

Schmidt said of his selection: “We felt that Keith Earls played pretty well last week amongst a pretty flat effort and he played exceptionally well the last time he was in the Millennium Stadium at centre.

“At the same time, we feel that although Jared got through training on Wednesday and trained pretty well, we think that if we put him into the game on Sunday it will aggravate the foot.

“There was still a bit of swelling there post training on Wednesday and we felt it was right to leave him for another week. We are guaranteed a game next week and we want to try to make sure we have got a fully fit squad.”

Payne represented New Zealand at under-21 level and turned out for the Chiefs, Crusaders and Blues in Super Rugby before moving to Ulster in 2011 and qualifying for Ireland under residency rules.