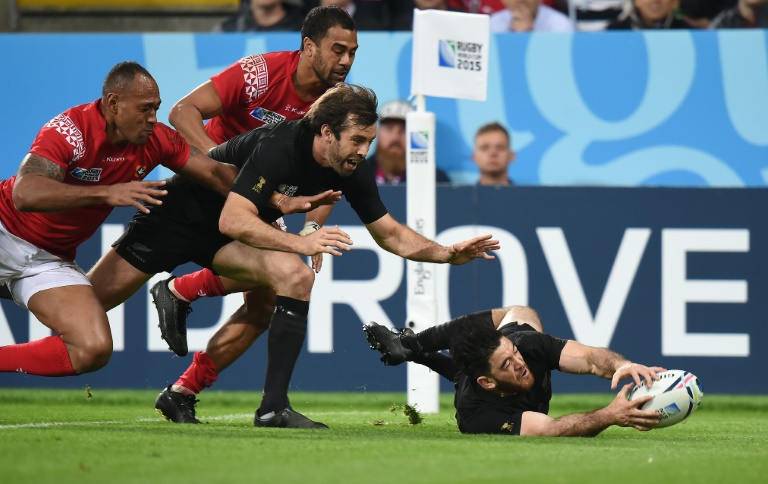 All Blacks coach Steve Hansen declared himself happy with the All Blacks move into the World Cup quarter-finals, despite another rocky performance in their 47-9 win over Tonga.

The All Blacks scored seven tries — two from Nehe Milner-Skudder in five minutes — at St James’ Park and commanded the second half of a game they were always going to win.

But they were held to 14-3 at half-time in the first half, the forwards never gained superiority and long-serving prop Tony Woodcock suffered, what Hansen feared could be a tournament ending hamstring injury

However, having come through the pool stages unbeaten, Hansen maintained they were on track with the defence of their world crown

“That’s the end of that phase of the competition we’ve now given ourselves an opportunity to go and play some finals footie,” he said, writing off their unconvincing performances so far.

“Whatever has happened in the last month or so is irrelevant now. What we turn up with at Millennium stadium next weekend will determine how far further we go.

“We’ve had to work hard through the pool stages and that hasn’t been a bad thing for us. We had a plan and we stuck to that plan now we have to wait to see if it works.”

As Tonga tired, the All Blacks ran away with the game over the final 30 minutes when they scored four of their seven tries.

New Zealand now play the loser of Sunday’s match between Ireland and France in their quarter-final at Millennium Stadium next weekend.

Hansen said he had no preference which team they played, but he was concerned about long-serving prop Woodcock, 34, who scored the All Blacks sole try when they beat France 8-7 in 2011 World Cup final.

Although the extent of the injury will not be known until Saturday, Hansen indicated it could be the end of Woodcock’s career.

“He’s played a lot of games for the All Blacks and if this happens to be the end of his tournament then it will be a sad way for him to finish because he’s been a great All Black and fully deserves to go out better than that.”

Woodcock had indicated earlier in the year he would retire after the World Cup.