Home Sports Avoiding All Blacks not on O’Connell’s radar 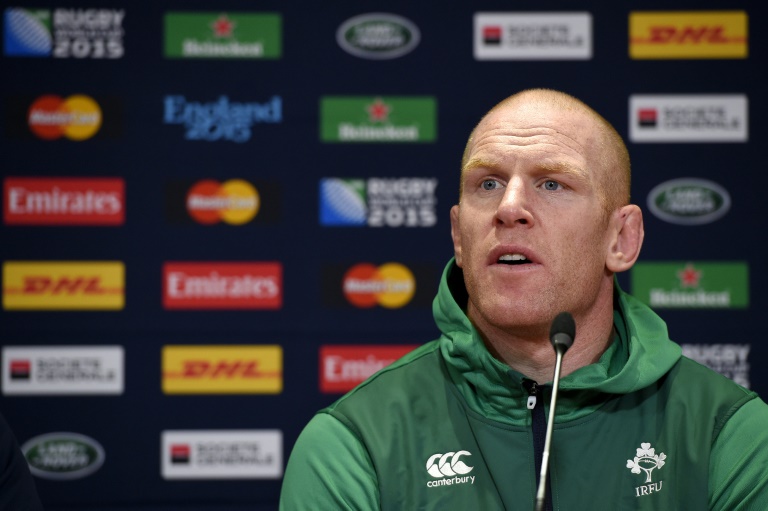 Ireland captain Paul O’Connell insisted his focus was firmly fixed on France ahead of Sunday’s Pool D decider and not on the ramifications a loss will have — a quarter-final against defending World Cup champions New Zealand.

“It’s not what I’m thinking. The match is too close to think of anything beyond that,” said O’Connell.

The winners of the clash at Cardiff’s Millennium Stadium will avoid the All Blacks and instead play Pool C runners-up Argentina in next week’s quarters.

But O’Connell said that the Ireland team’s mindset under coach Joe Schmidt was to focus on the immediate and not look too far ahead.

“It’s been a philosophy of ours since day one, we don’t get too far ahead of ourselves, it’s a philosophy that Joe preaches and Jason Cowman, our conditioning coach, preaches a lot,” the Toulon-bound lock said.

“The big focus for us is just the start to the game tomorrow. Anything else beyond that is irrelevant to us, we’ll deal with that when it comes.

“We treat the next game as the most important one.”

O’Connell predicted a testing outing against a French side that has thrived from having an extended period of time training under coach Philippe Saint-Andre, who regularly complains of the miniscule coaching periods he enjoys with his squad prior to the regular Test matches.

“It’s always tough against France, you look at the sheer physical size of them, the power and speed of them as well as being big,” said O’Connell.

“For Ireland we’re four professional teams, it’s always a really big challenge for us and that’s probably one of the reasons I’ve been on the wrong side of the percentages.”

O’Connell added that there was always “a big fear factor going in to play a team like that”.

“I’m never confident,” the 35-year-old said. “You’re confident of getting a performance that we play with the intensity that is required.

“But for the result, you’re never confident about that, it’s always something that happens as a result of us doing a whole number of things right and getting a little bit of luck as well.”

Luck deserted the Irish camp early on Saturday with news that influential centre Jared Payne had been ruled out of the World Cup with a foot fracture.

“For the journey he’s been on, to get here to be playing in a World Cup for Ireland is disappointing for him and the group,” O’Connell said of the New Zealand-born Payne, a replacement for whom will be named after Sunday’s match.