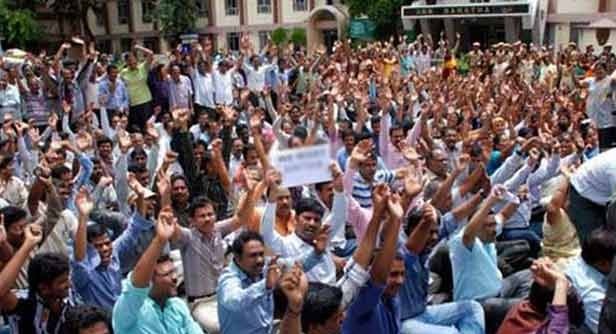 Thirty-five persons were arrested today for pelting stones at police personnel and damaging state-run buses during a protest outside the BJP state headquarters to demand changes in the pattern and eligibility criteria of a teachers’ recruitment exam.

Several persons, including three policemen and a bus passenger, received minor injuries in the clash.

“35 persons have been arrested for blocking road and creating nuisance,” he said, adding that ‘mild’ force was used to disperse the mob in front of the party office.