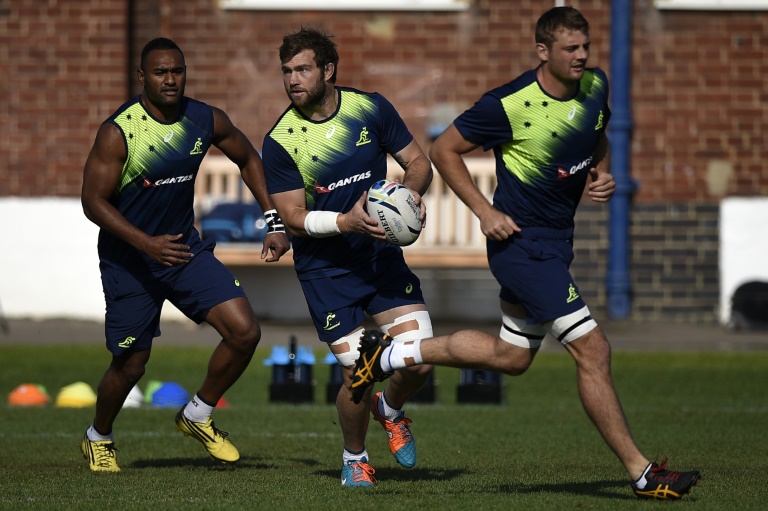 Australia and Wales may have qualified for the quarter-finals of the Rugby World Cup already but there is plenty resting on their Pool A clash at Twickenham on Saturday.

The winners will top the group and so avoid South Africa, whose 64-0 thrashing of the United States on Wednesday continued their revival after a shock opening loss to Japan, in the last eight.

Both the Wallabies and Wales have won all three of their ‘Pool of Death’ matches so far, with every World Cup-winning team, including Australia in 1991 and 1999, going through the tournament unbeaten.

Wales have lost their last 10 Tests against Australia — a sequence that includes a third place play-off defeat at the 2011 World Cup in New Zealand.

But that did not stop Cheika labelling Wales counterpart Warren Gatland as the “master coach” last week.

Although Cheika has only been in charge of the Wallabies for barely a year, the Australian’s attempts to present himself as a novice cut no ice with Gatland.

After all, Cheika is the only coach to have won both the European Cup, with Irish province Leinster, and the southern hemisphere’s Super Rugby competition, with the New South Wales Waratahs.

“What he did with Leinster, he put structure and discipline in,” said Gatland.

“He did the same with the Waratahs and now with Australia,” the New Zealander added.

“He’s straight up and honest. Australians appreciate and respect that and he’s done a fantastic job. He’s a world-class coach.”

Australia underlined their credentials as title contenders with an impressive 33-13 win over England last weekend that knocked the tournament hosts, beaten 28-25 by Wales the previous week, out of the event.

Hooper, however, will be absent on Saturday because of a one-week ban for a shoulder charge, with his place taken by Sean McMahon.

Wales, in one of six changes to the team that beat Fiji, have brought in a second openside flanker in Justin Tipuric to play alongside captain Sam Warburton.

“Tipuric is a fantastic player,” said Cheika. “We respect their players massively and we have to make sure we isolate and try to get onto our ball.”

Gatland, who coached the British and Irish Lions to a series win in Australia two years, was confident Warburton, the combined side’s skipper, could repeat his breakdown heroics on that tour on Saturday.

“The job that Sam did in the second Test of the Lions tour, he was man-of-the-match as far as I’m concerned,” said Gatland.

“We know itâ€™s going to be a contest and we’ve got two world-class players at 6 and 7.”

Behind the scrum, Gatland has moved powerhouse wing George North into the centres alongside Jamie Roberts.

“It gives us that footwork and physical presence in midfield,” said Gatland, looking to counter an Australia back division again featuring full-back Israel Folau and playmaker Matt Giteau — both passed fit after ankle and rib injuries respectively.

“Australia are a good defensive unit but we think there’s some opportunities to attack as well.”

Last week also saw Australia make a mockery of England’s supposed scrum dominance and Gatland said he hoped the return to the front row of Samson Lee would bolster Wales’ efforts at the set-piece.

“In the past, that’s been perceived as a weakness of ours so it’s a big challenge for us on Saturday,” said Gatland, a former All Blacks hooker but uncapped at Test level.

“Samson is pretty squat and built like the proverbial outhouse.

“I think the amount of work we’ve done this week, we’re confident our scrum will go well.”