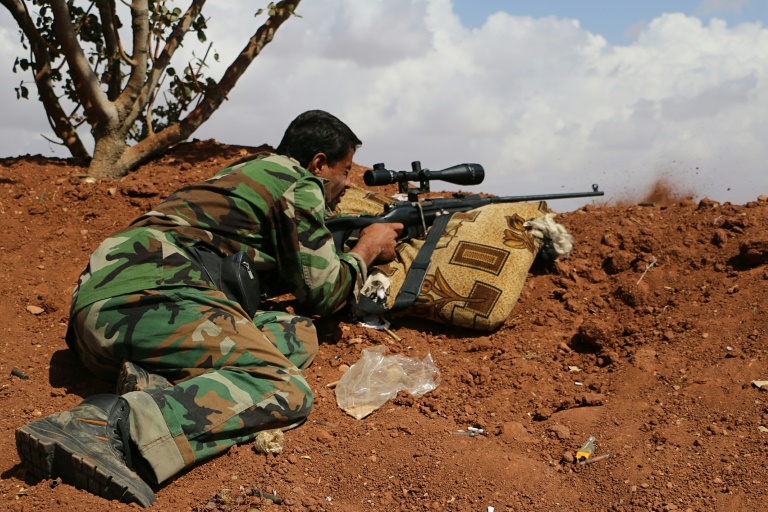 The Pentagon said Friday it will halt its troubled program to build Syrian rebel units to fight the Islamic State and focus instead on training and arming vetted leaders already on the ground.

“The model before was we were training infantry-type units. We are now changing to a model that will produce more military combat capability,” a senior US defense official said.

The official declined to say how many leaders would be armed and trained, but noted the new effort would get under way “within days.”

The switch in tactics will be seen as a tacit admission that the Pentagon’s $500 million program to train thousands of “moderate” Syrian rebels has failed.

Two small groups of US-trained fighters have crossed into Syria from Turkey this year, but one broke up after coming under attack and the other surrendered much of its equipment to an Al-Qaeda front group.

Pentagon spokesman Peter Cook said the training program was only part of the US effort, noting that it has also been arming groups already inside Syria, such as the Kurdish forces defending the border town of Kobane.

“I believe the changes we are instituting today will, over time, increase the combat power of counter-ISIL forces in Syria and ultimately help our campaign achieve a lasting defeat of ISIL,” Defense Secretary Ashton Carter said.

Cook said Carter has directed the military “to provide equipment packages and weapons to a select group of vetted leaders and their units so that over time they can make a concerted push into territory still controlled by ISIL.”

Speaking at a news conference in London, Carter admitted he had been dissatisfied with the previous training program, and said: “We have devised a number of different approaches.”

In January, President Barack Obama’s administration unveiled the $500-million program to train up to 15,000 vetted Syrian rebels in neighboring countries.

Recruitment was slow, in particular because the rebels had to pass stringent background checks to weed out extremists and many objected to being forced to pledge to fight only the IS jihadist group and not Bashar al-Assad’s regime.

Then in July, the first graduating group crossed the border and was promptly attacked by the Al-Nusra Front, an Al-Qaeda affiliate.

Last month General Lloyd Austin — who heads the US military’s Central Command, which is overseeing efforts against the Islamic State — conceded that only “four or five” Pentagon-trained rebels were engaged in Syria.

The comment attracted derision from US lawmakers, who said the program should be scrapped altogether. Republican Senator Kelly Ayotte said the low number was a “joke.”

Last month, soon after they were reinserted in Syria following training in Turkey or Jordan, a second group of graduates handed over a quarter of their ammunition and other gear to Al-Nusra.

The senior defense official said some training and embedding of rebels would continue to take place, and Carter cited the work US trainers have done with Kurds in northern Syria as an example of how the effort may be focused in the future.

“That’s exactly the kind of example that we would like to pursue with other groups in other parts of Syria going forward,” Carter said.

The training program was supposed to work with the US-led coalition’s aerial fight against IS. For more than a year coalition forces have been flying regular drone and warplane missions against IS in Iraq and Syria.

The effort was further complicated last week when Russia began its own bombardment in Syria, ostensibly to hit “terrorists,” though the Pentagon says Moscow is almost exclusively striking opponents of its ally Assad.

US Senator John McCain said Russia had hit CIA-backed rebels, who were trained under a secret initiative separate from the Pentagon’s effort.