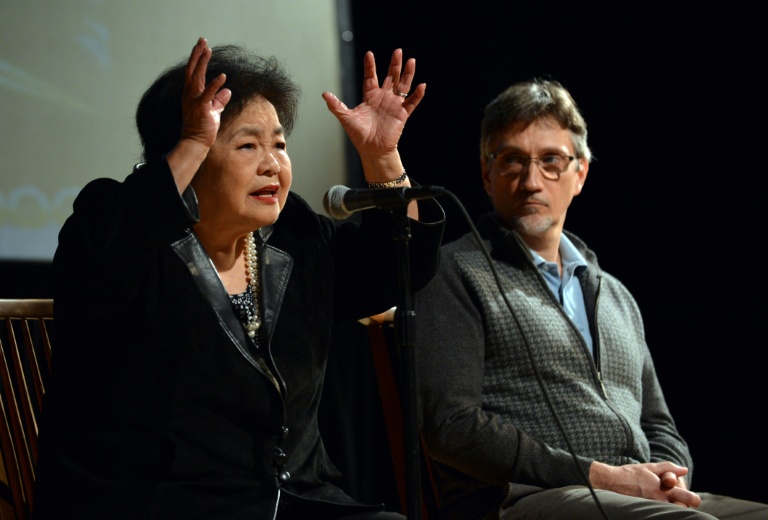 The pope, the German chancellor and a Congolese doctor were all tipped as top contenders for Friday’s Nobel Peace Prize, but speculation was mounting that the honour could go to two octogenarian survivors of the atomic bombings of Japan 70 years ago.

As the annual Nobel prize-giving week reached its peak, the five-member committee was set to unveil the winner of the Peace Prize, the only one of six awards to be presented in Oslo and the one which traditionally garners the most attention and speculation.

But with a line up of 273 candidates, just shy of last year’s record 278, predicting the winner is largely a game of chance.

This year, pundits largely agree the prize is likely to be awarded for efforts to resolve the global refugee crisis, which has been particularly acute in Europe, or in recognition of nuclear disarmament efforts seven decades after the first-ever atomic bombings.

With just hours left until the winner is revealed, Nobeliana, a website run by historians who specialise in the Nobel, tapped two elderly Japanese survivors of the 1945 bombings of Hiroshima and Nagasaki as favourites alongside ICAN, a global organisation fighting to abolish nuclear weapons.

“Once again the world must be reminded of the fatal consequences of atomic weapons,” said the website naming 83-year-old Setsuko Thurlow and 86-year-old Sumiteru Taniguchi as the frontrunners.

If it were to make such a choice, the Nobel committee would continue its recent tradition of honouring anti-nuclear efforts in years marking the decade anniversaries of the 1945 bombings.

Pundits and bookmakers alike all had German Chancellor Angela Merkel among the top three contenders for the award on account of her moral leadership as Europe struggles with its worst migration crisis since World War II.

In several cases, she was touted as joint winner alongside the UN refugee agency, UNHCR which has already won the award twice in 1954 and 1981.

But by 11:00 am (0900 GMT) the wait will be over as Kaci Kullmann Five, the newly appointed chairman of the Norwegian Nobel Committee, reveals the laureate’s name at the Nobel Institute in Oslo.

According to Kristian Berg Harpviken, head of the Peace Research Institute of Oslo (PRIO), Merkel is an obvious choice “for staking out a more humane course” in Europe’s response to the crisis which has seen more than 630,000 people landing on the continent’s doorstep this year.

“Angela Merkel is the one who really took a moral leadership,” he said.

“In any case, she has deserved it more than Barack Obama,” he said, referring to the controversy over the US president’s 2009 Nobel peace win in his first year in office before he had even achieved anything.

Another prominent name connected to the migrant crisis is Eritrean Catholic priest Mussie Zerai, who by means of his mobile phone has effectively served as a hotline for migrants in trouble, from the Sinai desert to the Mediterranean.

Another name which has featured prominently among bookmakers is that of Congolese doctor Denis Mukwege, who has spent a quarter of a century treating thousands of women brutalised by rape and sexual violence in the war-torn eastern part of the Democratic Republic of Congo.

While the past year has been marked by violence and tragedy in Syria, Iraq and across Africa, there have also been a few momentous steps towards peace.

In July, Iran reached a historic deal with world powers to curb its nuclear drive in exchange for a gradual lifting of the crippling sanctions imposed on its economy since 2006.

The landmark accord could see the peace prize going to the architects of the deal, US Secretary of State John Kerry and his Iranian counterpart Javad Zarif.

Another recent breakthrough possibly worthy of the Nobel prize was in Colombia, where the government and FARC guerrillas reached a deal on justice with the aim of signing a final peace agreement by March 2016.

And in a year that has seen the Charlie Hebdo attacks in Paris, the fight for freedom of expression could also be tapped with contenders such as Novaya Gazeta newspaper, which is openly critical of Russian strongman Vladimir Putin, jailed Saudi blogger Raif Badawi and US whistleblower Edward Snowden.