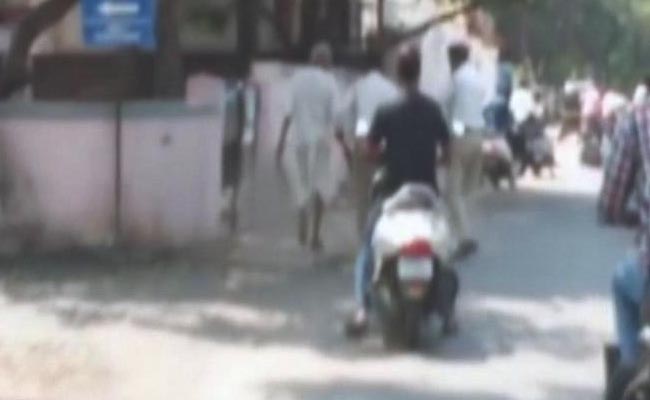 Pune: In a ghastly incident, a 60-year-old man was on Friday seen walking on the road here with his wife’s head after he beheaded her with an axe suspecting infidelity, police said.

The accused, Ramu Chavan, who works as a watchman in a housing society in Katraj area, was taken into custody by police after he was found casually strolling on a street holding the severed head of the victim in one hand and the axe in the other.

According to the FIR, Ramu killed his 45-year-old wife, Sonubai, after suspecting an illicit relationship between her and their son-in-law.

The dhoti-clad man, who was accosted to the police station by constables, carried his wife’s head by holding on to the hair even as shocked bystanders watched on the street.

He has been booked under IPC 302 (murder) and further investigations were underway, police added.