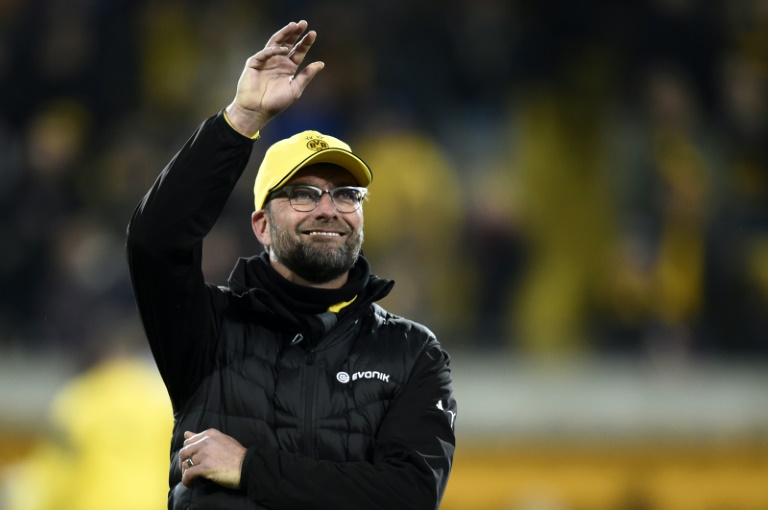 Liverpool confirmed German coach Jurgen Klopp as their new manager on Thursday in a deal worth a reported $6.1 million a year.

Former Borussia Dortmund boss Klopp is understood to have signed a three-year contract with the Premier League giants and succeeds Brendan Rodgers, who was sacked by Liverpool’s American owners Fenway Sports Group on Sunday.

“Liverpool Football Club are delighted to announce Jurgen Klopp has been appointed as the club’s new manager,” the club said in a statement on their official Twitter account.

“The German coach has signed a deal to take the helm at the Reds and will be presented at a press conference at Anfield on Friday morning.”

Klopp, whose first game in charge will be against Tottenham on October 17, arrives with Liverpool languishing in 10th place in the Premier League.

The 48-year-old will be presented at a 0900GMT press conference on Friday following a whirlwind week at Anfield that started with the abrupt conclusion of Rodgers’ reign and ends with the significant coup of securing one of Europe’s most highly-rated managers.

Klopp is said to have agreed to a three-year contract under which he would be paid more than Â£4 million pounds ($6.1 million) a year, and it is safe to say he will have earned every penny if he can restore Liverpool to their former glory.

Klopp comes to Liverpool with a lofty reputation after leading Dortmund to two Bundesliga titles in seven years, while finishing as Champions League runners-up in 2013.

However, Dortmund struggled last season, finishing seventh in the Bundesliga and losing the German Cup final in Klopp’s final game in charge before he quit at the end of the season saying he wanted a sabbatical.

Klopp, famous for his passion for heavy metal music, had twice before rejected Liverpool’s advances and ironically he arrives on Merseyside with the club’s talent pool at its lowest ebb for some time.

As a result, the German has a major task on his hands to rejuvenate a Reds squad that has suffered badly from the exits of stars like Luis Suarez, Steven Gerrard and Raheem Sterling in recent years.

Expectations for success remain high among supporters of a club who have won 18 English titles, seven FA Cups and five European Cups.

But Liverpool’s relative lack of investment in comparison to their main rivals has seen them fall off the pace both in the title race and the battle to qualify for the Champions League.

Rodgers also reportedly had issues with having to make signings with the input of the club’s “transfer committee” — scouts Dave Fallows and Barry Hunter, analysis guru Michael Edwards, FSG’s Anfield representative Mike Gordon and chief executive Ian Ayre — and Klopp will have to find a way to avoid similar problems.

“We wish him well,” Hodgson said. “It’s a club business when clubs change managers, but I welcome Jurgen to England and wish him the best with making Liverpool the top team that the owners want them to be.”

Rodgers became Liverpool manager in 2012 after joining from Swansea and guided the Reds to second place in the Premier League in 2013-14 as they narrowly failed to win the English title for the first time since 1990.

But his failure to win a major trophy during his reign proved fatal and he was sacked by the American owners after a 1-1 draw against Everton that left Liverpool with only four wins in their 11 games in all competitions this season.

Klopp is expected to bring in Bosnian Zeljko Buvac, his assistant both at Dortmund and Mainz, and coach Peter Krawietz as key members of his backroom staff.

Several of Rodgers’ coaching team — including Gary McAllister and Sean O’Driscoll — left Liverpool on Thursday as the club cleaned house before Klopp’s arrival.

McAllister, a former Liverpool and Scotland midfielder, has accepted an ambassadorial position with the Reds.