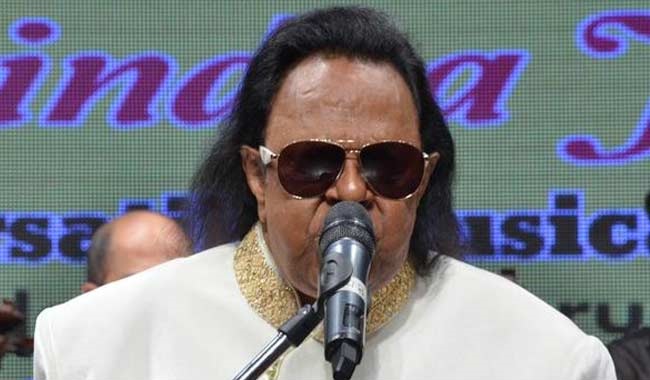 Jain was shifted from Wockhardt Hospital in Nagpur few days back to Mumbai by a chartered air ambulance for treatment at Lilavati Hospital in Bandra.

The music composer was suffering from a urinary infection causing a problem in his kidney, sources said.

He was in Nagpur for a concert on Sunday, but could not participate because of his ill-health and was subsequently airlifted to Mumbai. He was kept in the ICU at Lilavati and was on ventilator.

Shri Ravindra Jain will be remembered for his versatile music & fighting spirit. Pained on his demise. Condolences to his family & admirers.

Speaking to NewsMobile, singer Sanchita Bhattacharya said: I am numb; again a big loss to our music industry. This way we are losing the good legendary musicians.”

My deepest condolences to the family of the Legend, Shri Ravindra Jain Ji. Blessed to have spent some time with him in this life time.

One of The Greatest Creative Geniuses!! Ravindra Jain Ji Lives on… In his Songs… Music died a little today..

Just heard the shattering news that my beloved Dada,RavindraJain passed away today after falling sick at a concert in Nagpur.I am devastated

Prayers for Ravindra Jain saheb… One of my most favourite composers ever… His Henna, I consider, is one of the finest scores ever.

Jain, who overcame blindness to become one of the most successful composers, gave music for hit films like ‘Chor Machaye Shor’, ‘Geet Gaata Chal’, ‘Chitchor’ and ‘Ankhiyon Ke Jharokhon Se’, in the 70s.

He was given a big break by Raj Kapoor, for whom he composed super hit songs in movies such as ‘Ram Teri Ganga Maili’, ‘Do Jasoos’, and ‘Heena’, which was directed by Randhir Kapoor.

During the 1980s and 1990s, Jain widely composed music for many mythological movies and television serials. He is survived by his wife Divya and son Ayush.