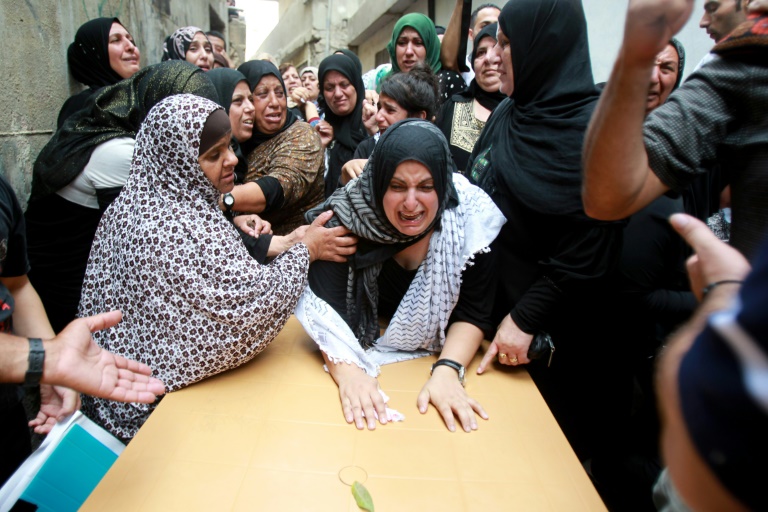 Israeli fire killed four Palestinians and wounded 21 during clashes Friday near Gaza’s border, the first unrest-related deaths there after days of violence in east Jerusalem and the West Bank, medics said.

The clashes came as Hamas’s chief in Gaza called violence that has hit the occupied West Bank and annexed east Jerusalem an intifada, or uprising, and urged further unrest.

Ahmed al-Hirbawi, Shadi Dawla and Abed al-Wahidi, all aged 20, were killed when soldiers responded after youths threw stones at them on the Israel side of their common border, Gaza medics said.

The fourth victim was Mohammed al-Raqab, 15.

The clashes erupted east of Gaza City and east of the southern city of Khan Yunis.

An army spokeswoman said about 200 Palestinians had approached the fence while hurling rocks and rolling burning tyres toward security forces.

“Forces on the site responded with fire toward the main instigators to prevent their progress and disperse the riot,” she said.

In a sermon for weekly Muslim prayers at a mosque in Gaza City, Hamas’s Gaza chief Ismail Haniyeh said “we are calling for the strengthening and increasing of the intifada.”

“It is the only path that will lead to liberation,” he said. “Gaza will fulfil its role in the Jerusalem intifada and it is more than ready for confrontation.”

Stabbing attacks in the West Bank, Jerusalem and Israel itself along with rioting have raised fears of a third Palestinian intifada, following a first that began in 1987 and a second in 2000.

Gaza has been the site of three wars with Israel since 2008, but had remained mainly calm amid the recent unrest in the West Bank and east Jerusalem until Friday.