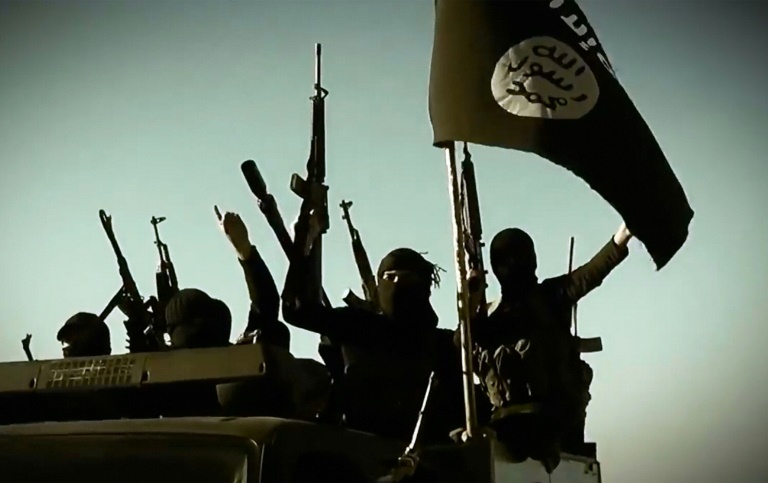 Islamic State group fighters advanced Friday on Syria’s second city Aleppo despite more than a week of Russian air strikes that Moscow says is aimed at routing the jihadists.

The jihadist gains came as regime forces, backed by Russian bombing and fighters from the Lebanese Shiite militia Hezbollah, intensified an offensive against rebels in the northwest, where IS is absent.

Western governments say the vast majority of Russian strikes have targeted rebel groups other than IS in a bid to defend President Bashar al-Assad’s rule.

IS militants reached their closest position yet to Aleppo in northern Syria at dawn on Friday after hours of ferocious fighting with rival opponents of Assad, a monitoring group reported.

“Dozens of combatants were killed on both sides,” said Rami Abdel Rahman of the Syrian Observatory for Human Rights.

The seizure of these positions brought the jihadists to about 20 kilometres (12 miles) from the front line where forces loyal to Assad are positioned, including the Sheikh Najjar industrial zone.

“IS has never been so close to the city of Aleppo, and this is its biggest advance towards” the country’s pre-war commercial capital, said Abdel Rahman, whose Britain-based group relies on a network of sources on the ground across Syria.

Control of Aleppo city is divided between rebel groups in the east and government forces, bolstered by pro-regime militias, in the west.

Iran’s Revolutionary Guards announced that one of its senior commanders was killed by IS in the Aleppo region on Thursday, without revealing the exact circumstances.

General Hossein Hamedani was killed “during an advisory mission”, a Guards statement said.

Hamedani had been playing an “important role… reinforcing the front of Islamic resistance against the terrorists”, it added.

Shiite-dominated Iran is a staunch ally of Assad, sending Guards forces and military advisers to aid him against Sunni Muslim rebels seeking his overthrow.

Hezbollah has done much of the fighting to prop up the Syrian army, though the commander of the Revolutionary Guards’ foreign wing, Qassem Soleimani, is said to be heavily involved in guiding military strategy.

The conflict began as an uprising against Assad’s rule in 2011 but has splintered into a multi-faceted civil war involving government troops, Western-backed rebels, jihadists and Kurdish forces.

He was speaking after French warplanes carried out new strikes overnight on IS targets in Syria, where Paris launched its first raids on September 27.

“Two Rafale jets dropped bombs on an IS training camp. The objectives were accomplished,” he told Europe 1 radio, adding that further air strikes would follow.

The Russian air war has provided cover for Assad’s ground troops, who have lost swathes of the north, east and south of the country to jihadists and rebel groups since the conflict erupted in 2011.

The campaign has been critical for the regime’s fight in Sahl al-Ghab, a strategic plain in Hama province that borders both the regime’s coastal bastion of Latakia and the rebel stronghold of Idlib province.

Syria’s army announced a “vast offensive” on Thursday to capture territory held by opposition groups, advancing near Sahl al-Ghab from both the Hama and Latakia fronts.

“This campaign is aimed first at protecting regime territory in these two provinces, then counter-attacking to retake Idlib and head further north,” Abdel Rahman said.

Moscow denied a claim by a US official that four Syria-bound Russian cruise missiles fired from the Caspian Sea had crashed in Iran on Wednesday.

“Any professional knows that during these operations we always fix the target before and after impact. All our cruise missiles hit their target,” ministry spokesman General Igor Konashenkov said in a statement.

Iran declined to confirm the claim by the US official, who did not provide details about where the missiles might have come down or if they caused any damage.