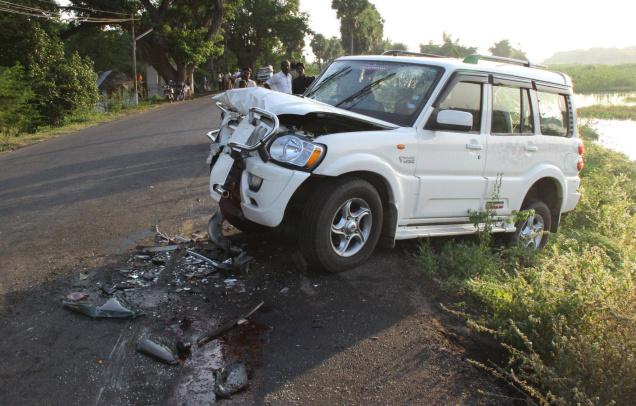 Four persons were killed and eight injured when the SUV they were travelling in turned turtle while trying to avoid hitting a motorcyclist at 31-ML in Sri Ganganagar district, police said today.

The victims were travelling from Rawala to Ganeshgarh when the accident occurred yesterday under Muklava police station, they said.

The police have identified the deceased as Maniram Nayak (60), his wife Vidhya Devi (55), their daughter-in-law Rammati (40) and Hanuman Meghwal (47).

The injured, including motorcyclist Sukhji, were shifted to different government and private hospitals, they said.

The bodies were handed over to the relatives following post-mortem, police said.