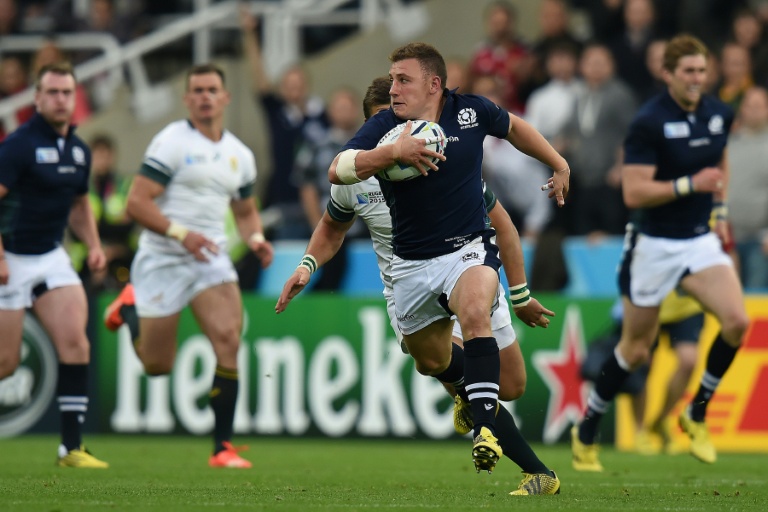 Scotland coach Vern Cotter did not have to think twice when asked to sum up what Saturday’s Samoa game meant.

“It is the qualifying game,” he said with a capital “THE”.

For all that’s gone before for Scotland — opening wins against Japan and the United States before a slip against South Africa — it comes down to their final pool game to determine if they will make the quarter-finals.

Samoa are out of the reckoning with only one win so far against the USA, but they do have a burning desire to finish on a high, and they did beat Scotland 27-17 the last time they met two years ago.

“This probably rounds the whole thing up. We’ve got 80 minutes to put in a very, very good performance,” Cotter said.

“We need to perform in certain areas perhaps better than we have done. It’s a great challenge for these guys.”

Scotland’s biggest problem has been their slowness to warm into the pace of the game.

Against the USA they trailed 13-6 at half-time before winning 39-16. Against Japan they held a slender 12-10 lead after 46 minutes before putting the hammer down and winning 45-10.

There was no comeback against South Africa when they were quickly down 20-3 and eventually lost 34-16, and Cotter said they could not afford to let that happen again.

If they beat Samoa they are into the play-offs as the second qualifier behind the Springboks, if they lose they open the way for Japan to overtake them if they beat the United States on Sunday.

The good news for Scotland was the return of their injured trio John Hardie, Finn Russell and Sean Maitland who will take the field among seven changes from the side that fell to South Africa.

Hardie’s dynamism off the side of the scrum has been missed but he said he was not prepared to rush back after suffering a head knock in the opening game.

“I’ve got a mate, (one-Test All Black) Ben Afeaki who ended up retiring because of a head knock and, with World Rugby, it’s such a careful thing now. You only get one head,” he said.

Against a Samoa side looking to finish on a high, captain Greig Laidlaw said it was imperative Scotland did not fall behind at the start.

“It’s just concentration so there’s no dead time in the game. There will be times they will get their tails up. We have to defend well and take the sting out of them,” Laidlaw said.

“As players we’re desperate to win this because we want to be in the quarter-finals of the World Cup.”

Samoa coach Stephen Betham said the islanders would not be making it easy even without regular skipper Ofisa Treviranus who has been ruled out of the match and Alesana Tuilagi who has been suspended for a week.

The islanders believed they have not lived up to expectations and Scotland offer a last chance to show how good they can be.

“At the moment we have a country that’s feeling a bit sad, and not just that, we have a lot of talent but haven’t shown it all tournament,” Betham said.

Samoa have made seven changes for the match with scrum-half Kahn Fotuali’i taking over the captaincy.

In the centres, Rey Lee-Lo and George Pisi combine for the first time, as do the loose forward trio of Maurie Fa’asavalu, Jack Lam and Alafoti Fa’osiliva.

Fa’atoina Autagavaia covers for Tuilagi on the left wing while hooker Manu Leiataua will take the field for the first time in the tournament.