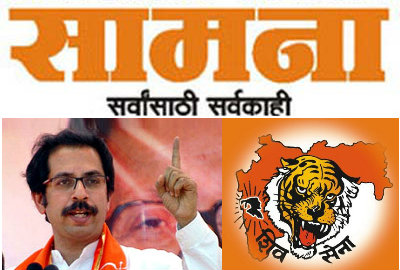 The Arvind Kejriwal-led Delhi Government, however, extended an invitation to the Pakistani singer to perform in the national capital.

New Delhi: Shiv Sena, through their mouthpiece Saamna, on Friday defended their move of banning Pakistani singer Ghulam Ali from performing in Mumbai, saying that this was a tribute to all the Indian soldiers, who had died in the recent ceasefire violations, and added that boycotting Pakistan in all forms was the only way to fight back.

“Some people may have a problem with what we did, but we have no regrets. We have done our national duty. This is a tribute to all our martyrs, who died at the hands of Pakistan’s cowardly hands. Raising war memorials is not enough, you need to give a stern reply and that is what we have done,” The Saamna editorial said.

The Sena mouthpiece asserted that Ghulam Ali may be a great singer but he still was a Pakistani and also warned the hostile neighbour that until it fixed its ways, India would not welcome them in any way, including cricket matches.

The Arvind Kejriwal-led Delhi Government, however, extended an invitation to the Pakistani singer to perform in the national capital.

“Sad that #GhulamAli is not being allowed in Mumbai, I invite him to come to Delhi and do the concert. Music has no boundaries,” he tweeted.