Home Nation At 90, Spanish priest all set to get Indian citizenship 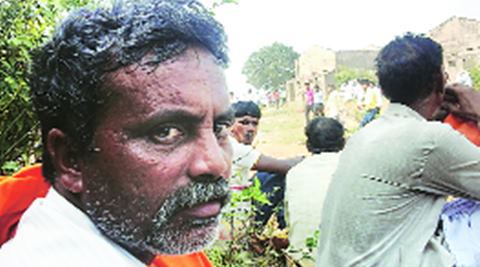 Mumbai: After living in India for over six decades serving the poor and needy, a 90-year-old Spanish Catholic priest is all set to get Indian citizenship, a long-cherished wish.

Gussi Frederick Sopena of the congregation of the Society of Jesus completed all the formalities including a solemn oath for getting Indian citizenship at Collector’s office at Bandra on Thursday, in the presence of his close associates and well-wishers.

Sopena came to India in 1947 as a 22-year-old on a mission to serve mankind through the Society of Jesus, a male religious congregation of the Catholic Church founded by Spanish spearhead of counter-reformation, Ignatius Loyola in 1541.

“Getting Indian citizenship has been his long-cherished wish. All the formality for that he completed on Thursday after a few glitches in his initial attempts,” said Father Mathew Ferreira, a close associate of Sopena.

“Gussi Frederick Sopena has spent 68 years in India by working for the betterment of the poor and needy in Mumbai, Thane, Nashik and Raigad district by which he not only spread the message of love of God but also made the people aware of various initiatives of the governments meant for them.”

Apart from being fluent in his mother tongue Spanish, Sopena is conversant in Hindi and Marathi as well, enabling him to interact with local people freely.

Though he lost his left leg when he met with an accident in 1990 and has become hard of hearing due to constantly riding scooter, he still carries on with his avowed pursuit of serving the society.

During the World War II, his parents had to flee his hometown and in 1947 Sopena volunteered to join the Society of Jesus team to India.

“After spending 68 years in India, I want to die an Indian citizen and be buried in this soil only where I worked, received love and affection, and made so many friends,” Sopena said while filing his application before the Collector of suburban Bandra on Thursday.

As part of his ceaseless efforts to get Indian citizenship, in 1986 Sopena appeared for Hindi elementary examination and later he studied philosophy at St Xavier’s Institute, Mumbai, and completed his graduation.