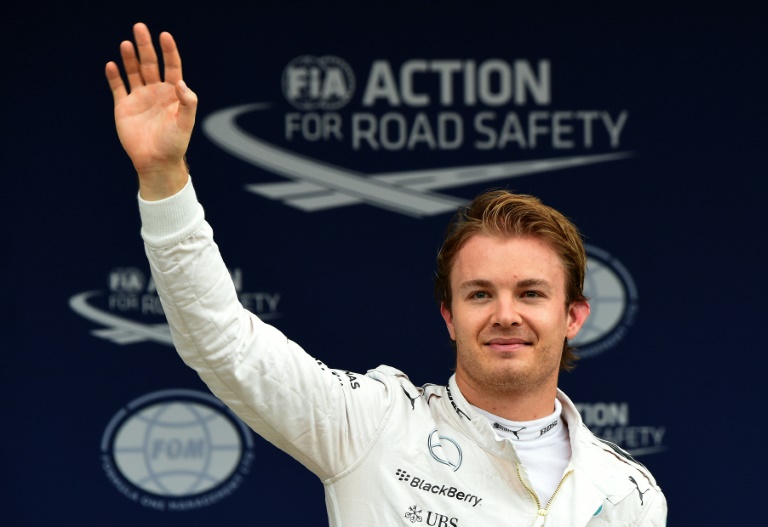 Nico Rosberg is heading into this weekendâ€™s Russian Grand Prix determined to keep alive his bid for the driversâ€™ world title by beating defending two-time champion and Mercedes team-mate Lewis Hamilton on a track that may throw up tyre problems for most teams.

The 30-year-old German, who is 48 points adrift of the Briton after winning three races, to Hamiltonâ€™s eight, this season said he feels he has enough positive feelings to draw on to justify his optimism as he prepares for a keenly-anticipated contest.

“Once I got back from Japan, I was able to focus on the positive elements from my weekend in Suzuka,” Rosberg explained.

“Pole position, the on-track pass on [Valtteri] Bottas and then having the speed to undercut [Sebastian] Vettel’s Ferrari at the second pit-stopâ€¦

“I’m not backing down in my fight for the championship and gaining those positions back fair and square showed that. We have five races to go and, although the championship gap to Lewis is quite big, in my mind it’s definitely not over yet.

“The way the whole team has performed this year – from the factories to the garage – has been just incredible and I have the car I need to get back to the top step.”

Rosbergâ€™s bright approach may need to be considered carefully against the possibility, as expressed by Mercedes executive director Paddy Lowe, that unexpected behaviour by the teamâ€™s tyres could cause problems in Sundayâ€™s second race on the hybrid semi-street circuit built in the Olympic Park created for the 2014 Winter Games.

“This was a tricky weekend last season, with a new circuit to learn and fresh tarmac which produced slightly unusual behaviour from the tyres,” said Lowe.

“This year we have moved one step softer on the compounds to bring the soft and supersoft into play – perhaps influenced by Nico running almost the entire race last year on a single set of tyres.

“One year on, the track surface will have weathered differently, so we must ensure we have all eventualities covered…”

Lowe and the Mercedes team bounced back to form at the Japanese Grand Prix after a curiously off-target performance in Singapore where Ferrari, and four-time champion German Sebastian Vettel, capitalised on their difficulties.

Vettel secured his third win of his maiden season with Ferrari and now has 218 points, only 11 fewer than Rosberg on 229, while Hamilton leads the way with 277.

And Ferrariâ€™s resurgence could make them a threat again in Russia as they bid to ensure they retain second in the constructorsâ€™ championship behind Mercedes, but ahead of Williams.

The pace of Ferrari and Williams has left Red Bull struggling in fourth ahead of Force India as Formula One endures a torrid period of insecurity amid rumours and speculation about its rocky future ahead and many teams struggling to survive.

Much of this has focused on the struggling McLaren-Honda outfit who have limped through an embarrassing season for drivers two-time champion Spaniard Fernando Alonso and 2009 champion Briton Jenson Button, who last week re-signed with the team for next year despite their difficulties.

Team boss Eric Boullier this week dismissed talk of a crisis and was vehement in expressing confidence for the future.

“There was no crisis meeting (in Japan),” he said. “And as for things deteriorating, that is simply not true to be honest. At every level of the McLaren-Honda organisation, in engineering, technically, there is an absolute, one-team cohesion.

“At management level, there is the same, albeit the pressure is higher because we need to deliver. Obviously for both McLaren and Honda we can’t stay where we are, we can’t cope with this level of performance, but while there is pressure, there are no cracks.”

While Boullier was robust in his comments, the Force India team chief Bob Fernley this week expressed serious concerns about the future at a time when commercial ring-master Bernie Ecclestone has admitted that the sport may be sold to new owners before the end of this year.

Fernley said he feared F1 was heading into another winter of turmoil.

“The one thing we were most concerned about last year is beginning to unfold again,” he said.”

“We have got poor Lotus under huge financial pressures — and hopefully that gets resolved â€“ but it is really symptomatic of the agreements that we have that teams like Lotus, and Force India and Williams, are not getting the funding coming through with the distribution of income.”