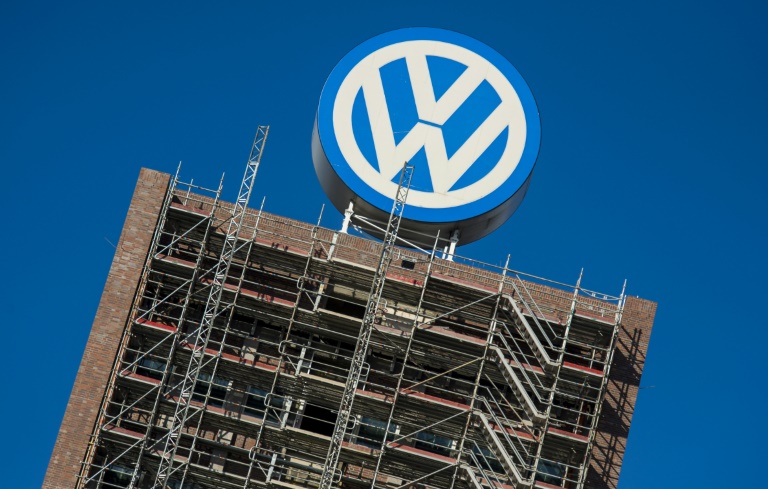 German police swept into Volkswagen’s headquarters on Thursday, carrying away files and hard disks in their investigation into a massive pollution cheating scandal engulfing the auto giant.

Private apartments were also raided in Volkswagen’s hometown of Wolfsburg and other cities, prosecutors told AFP, as police seek to secure documents and digital data that could point to those responsible for the deception of global proportions.

The raids came as Volkswagen’s US chief prepared to face Congress, when he would tell a committee that he knew more than a year ago that the group’s cars possibly breached pollution rules.

In testimony released ahead of his hearing before a congressional committee, Michael Horn offered a “sincere apology” over Volkswagen’s use of a software designed to cheat pollution tests as he vowed full cooperation with the authorities to shed light on the scam.

The German auto giant sank into the deepest crisis of its history after revealing that it equipped 11 million of its diesel vehicles worldwide with software that switches the engine to a low-emissions mode during tests.

The so-called defeat devices then turn off pollution controls when the vehicle is on the road, allowing it to spew out harmful levels of toxic gases.

The shocking revelations have wiped more than 40 percent off Volkswagen’s market capitalization, but the direct and indirect costs are still incalculable as the company risks fines in several countries and possible damages from customers’ lawsuits.

In Germany, prosecutors from the state of Lower Saxony said raids were carried out to “secure documents and data carriers that, in view of possible offences, can provide information about the exact conduct of company employees and their identities in the manipulation of exhaust emissions of diesel vehicles”.

A spokeswoman for the prosecutors, Julia Meyer, told AFP that “several people are targeted in the investigation”.

Sites raided “include private apartments, and it is important to guarantee the privacy of these people”, she said.

Volkswagen confirmed that it had “handed over” documents to prosecutors, adding that the company would provide the necessary support to the probe.

A spokesman said it was “also in the interest of Volkswagen” for there to be “a prompt and thorough explanation” of the scandal.

Volkswagen’s new chief Matthias Mueller has said four employees have been suspended over the deception, adding however that he did not believe that top management could have been aware of the scam.

He said in an interview published Wednesday by the Frankfurter Allgemeine Zeitung that the development of an engine is “a complex process” and that these were tasks in which “a director is not directly involved”.

Meanwhile, in Washington, Horn will tell a congressional committee that he learnt in early 2014 of “a possible emissions non-compliance”, after researchers at the University of West Virginia found that VW cars it had tested were releasing up to 40 times as much nitrogen oxide as was legally permissible.

In the prepared testimony released ahead of the hearing, Horn said he was told by his staff that US authorities could conduct tests for defeat devices, and was subsequently informed later that year that technical teams had a plan to bring the vehicles into compliance and were working with the authorities on the process.

Volkswagen finally admitted to US regulators in September this year that hidden software installed in certain diesel vehicles “could recognize whether a vehicle was being operated in a test laboratory or on the road,” Horn said.

Admitting that the company had “broken the trust of our customers, dealerships, and employees, as well as the public and regulators”, Horn said: “We at Volkswagen take full responsibility for our actions and we are working with all relevant authorities in a cooperative way.”

Investigations being conducted on a global scale will identify those responsible for the scam and hold them accountable, he said.

Claims emerged in German media reports Thursday that Volkswagen had not only deliberately fitted the cars sold in the US market with the defeat devices, but had also intentionally sought to cheat tests in Europe by doing so with vehicles sold on the continent.

“In Europe too, Volkswagen effectively cheated on emissions in a systematic manner,” newspaper Sueddeutsche Zeitung claimed, citing its own research in collaboration with public broadcasters NDR and WDR.

It added that “without the cheating software, the affected cars would not have been authorised under the Euro 5 emissions regulation”.

A VW spokesman said whether the defeat devices were activated in Europe was still the subject of investigations. He added that it remained “legally unclear if the device was forbidden under European rules”.

Volkswagen, which submitted its plans and timetable to bring vehicles into compliance to German authorities on Wednesday, plans to begin recalling affected vehicles from January.

But it admitted that it would only complete the refitting by the end of 2016.

The group has set aside 6.5 billion euros in the third quarter over the affair, but that would only likely cover repairs of affected vehicles.

In the United States alone, Volkswagen faces up to $18 billion (16 billion euros) in fines from the Environmental Protection Agency, plus potential payouts from class action lawsuits and penalties from other regulators.

Mueller, in his newspaper interview, sought to find a silver lining: “Think about this,” he said. “No one died from this, our cars were and are safe.”