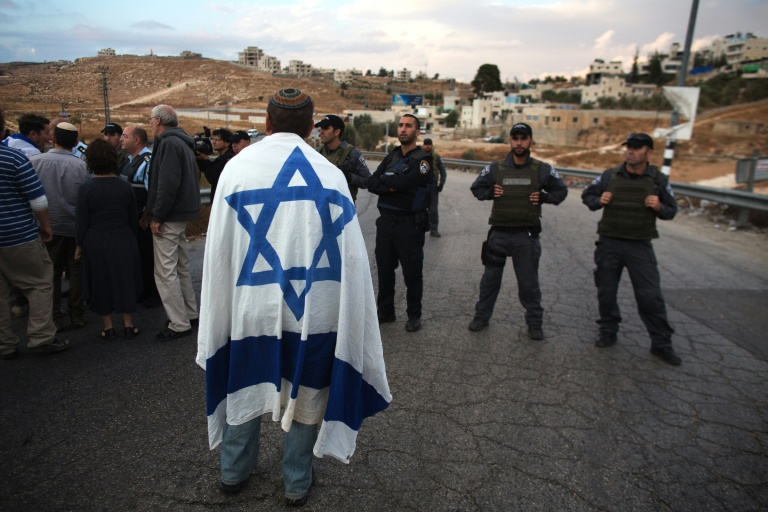 A 15-year-old Palestinian stabbed and seriously wounded an Israeli man in Jerusalem on Thursday before being arrested, police said, the latest in a spate of knife attacks on Israelis.

Police said the 25-year-old Jewish victim was in a serious condition after being stabbed in the neck near one of Jerusalem’s main thoroughfares.

The incident occurred near a tramway station close to the national police headquarters, police said.

The suspect, said to be from Shuafat refugee camp in annexed east Jerusalem, later attacked a tramway guard and tried to take his gun before fleeing.

“He was arrested by police special forces who were in the area,” police spokeswoman Luba Samri said.

There has been a series of knife attacks by Palestinians on Israelis in recent days as rioting has spread across east Jerusalem and the occupied West Bank.

At least four knife attacks have occurred in Jerusalem and six overall since Saturday, when a Palestinian killed two Israelis in the Old City, helping prompt an Israeli security crackdown.

Over the past week, four Israelis have been killed and five Palestinians, three of them after alleged attacks on Israelis.

The unrest has sparked fears of a broader uprising, even a third intifada.