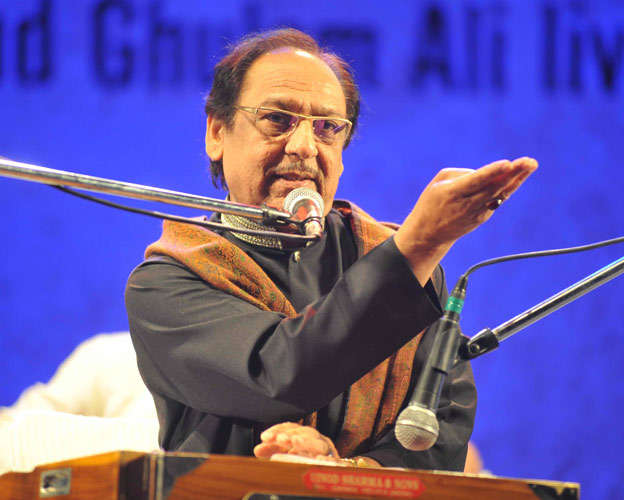 A day after legendary Pakistani singer, Ghulam Ali’s concert was cancelled following threats from Shiv Sena, has now justified its stand to protest against the maestro’s gag.

Sena’s youth wing Chief, Aditya Thackeray said, “We all enjoy Ghulam Ali songs. But we need some sensitivity towards soldiers. Ceasefire violations are happening every day. We cannot have fun here when our soldiers are suffering.”

Meanwhile, the AAP government in Delhi has invited the singer to come and perform in the national capital.

Kapil Mishra, the minister who handles the law, art and culture portfolios in the Delhi government has sent an invitation to Ghulam Ali to perform at a concert.

Sad that #GhulamAli is not being allowed in Mumbai, I invite him to come to Delhi and do the concert. Music has no boundaries. #BanTheBan

Ali’s concert in Mumbai was cancelled on Wednesday after Shiv Sena, threated to protest and disrupt it saying that India cannot build cultural ties with Pakistan when they are killing Indian soldiers at the border.

Meanwhile, Ghulam Ali’s concert that was scheduled to be held in Pune on October 10 has also been cancelled.

Earlier, the party had protested against Pakistani singer Atif Aslam’s concert which was scheduled for April last year.

The decision was taken to cancel the event scheduled for October 9, despite Maharashtra Chief Minister Devendra Fadnavis saying adequate protection would be provided to Ali.

The ghazal maestro however said that the concert was not cancelled from his end and that the atmosphere was not suited for him to perform. Appealing for better Indo-Pak ties, the singer said that whenever his fans call him, he goes and performs for them irrespective of the nation and he wants friendly relations between India and Pakistan and music can play a great role in enhancing the ties.