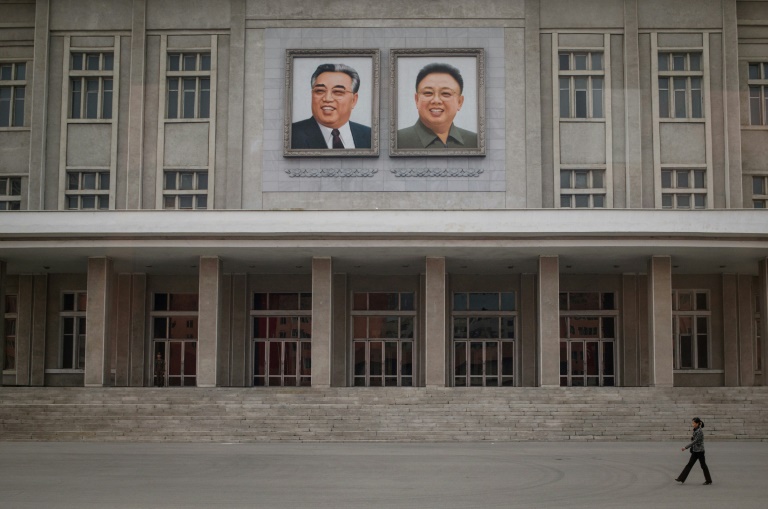 Pyongyang was a city of orchestrated mass motion Thursday, as the North Korean capital was primped and primed for the mother of all birthday parties.

The numerals “10-10”, representing the party’s October 10 “birth” date, were everywhere — painted on giant posters that lined the streets or etched out in lavish flower arrangements adorning major crossroads.

The centrepiece spectacle will be a massive military parade on Saturday through the capital’s Kim Il-Sung square, with wave after wave of goose-stepping troops opening a muscular display of military hardware, including tanks, artillery pieces and mobile missile launchers.

The event was announced way back in February, and is expected to be the most elaborate of its kind since current leader Kim Jong-Un took over power following the death of his father, Kim Jong-Il, in 2011.

As with the last large-scale parade in 2013 — celebrating the 60th anniversary of the armistice that ended the Korean War — Kim is expected to take the salute from a viewing balcony overlooking the square named after his grandfather.

He will be joined on the platform by a top official from traditional ally China, but few other foreign dignitaries will be present in a stark reflection of North Korea’s diplomatic isolation.

The North excels at such choreographed displays of military muscle, which aim to boost pride and patriotism at home while sending a defiant message to an international community that has sought, with little success, to curb Pyongyang’s nuclear weapons ambitions with economic sanctions.

Huge efforts have gone into the preparations for Saturday’s spectacle, with workers, students, ordinary residents and the army mobilised en masse to get the capital ready.

Major anniversary celebrations are one of the few occasions that the North extends multiple invitations to the international media, particularly foreign broadcasters, to enter the country.

And the scale of the preparatory effort was visible from the start of the drive from Pyongyang’s new international airport into the city proper.

Teams of workers could be seen clearing brush from the sides of the road, while others applied fresh white paint to bollards lining the hard shoulder.

Clusters of red flags sprouted from the grass verges of city intersections, and bunting with the national flag was strung across buildings lining the streets.

In the weeks leading up to Saturday’s parade there has been growing speculation that North Korea would mark the party anniversary with a satellite rocket launch and, in the following weeks, a fourth nuclear test.

But despite numerous hints from Pyongyang to the contrary, satellite images and South Korean intelligence have uncovered no tangible signs that a rocket launch is imminent.

“If Pyongyang wants to really celebrate its founding party, it should stop its predatory exploitation of its people’s labour,” HRW’s Asia deputy director Phil Robertson said.