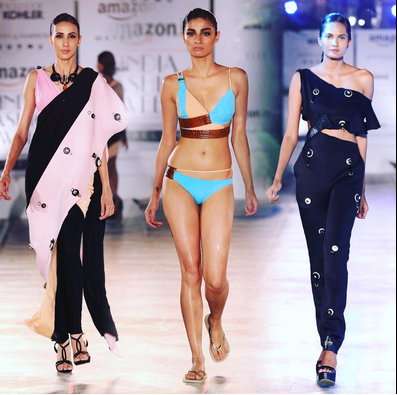 Indian women are very beautiful. It’s all about their confidence. It’s not about the bikini, it’s about them. I think they should embrace their curves,” Shivan told reporters after showcasing a new spring- summer line at the ongoing Amazon India Fashion Week.

For the collection, the designers reinvented the swimwear, which was moulded in newer texture, cuts and materials.

From crocodile finished leather inserts to bold motifs and sharp cuts, were prominent in the maillots, bikinis and trikinis. The bikini saree also featured heavily in the line.

“The swimwear is all about invoking a sense of playful sophistication on resort lifestyle. The cuts are new so are the techniques,” Narresh said.

Shivan said this time they have interpreted the destination wedding saree through additions of embellishments.

“The summer is exciting. Not only there are introduction of range of accessories from bags, shoes but reinvention of the brands signature sarees,” Shivan said.

The designers added the iridescent quality of this spring summer collection is roused by the florid and robust use of colours in the paintings of prominent Mexican artist, Diego Rivera.

The colour palette took a tranquil with usage of pinks, herb green, marge, teracotta and some black.

The show held in the garden of Imperial hotel was not without some chaos.

At one point during the presentation one of the white gate installations on the ramp collapsed as a model was trying to push it open, because of which there was a quick change in choreography.

The outdoor show was also infested with insects much to the annoyance of the spectators. 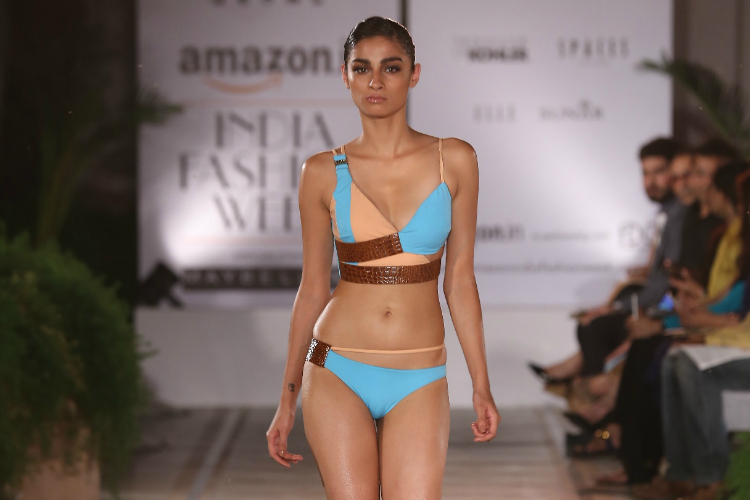 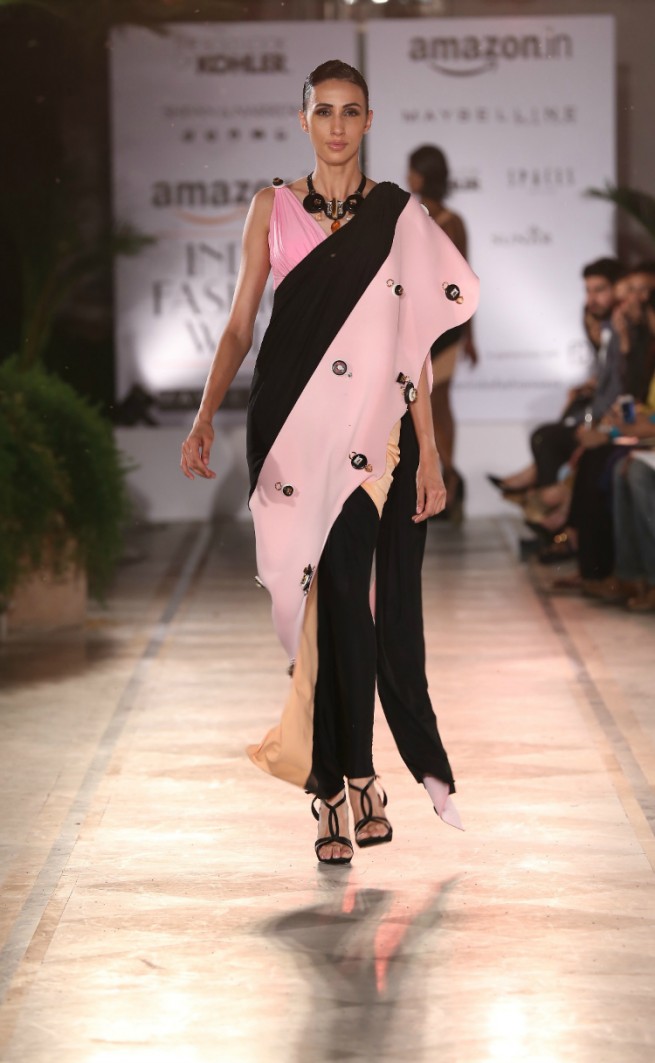 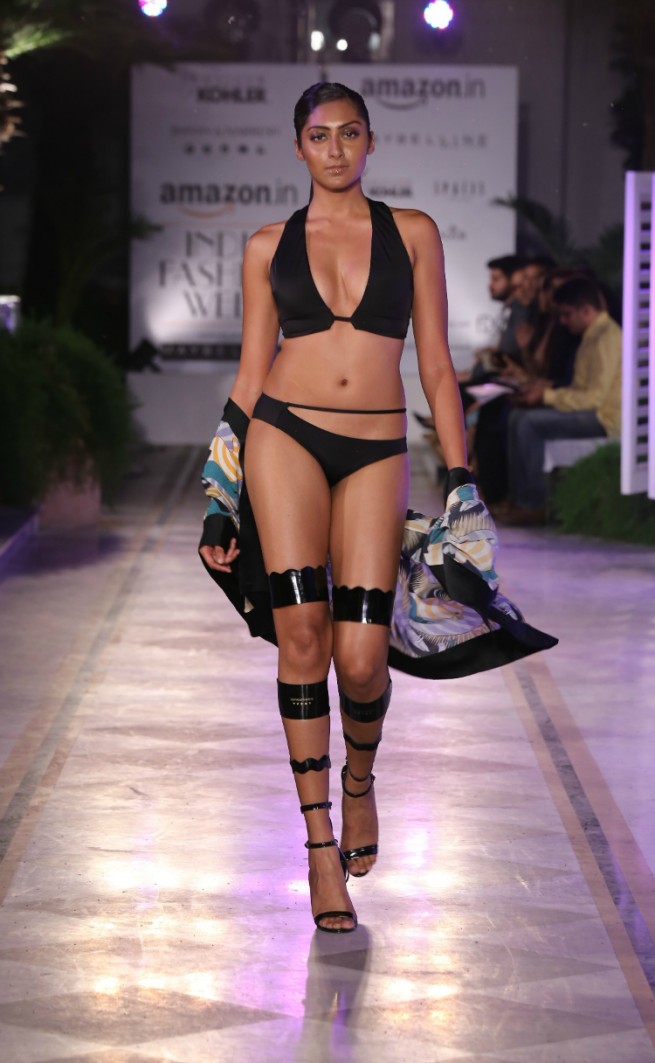 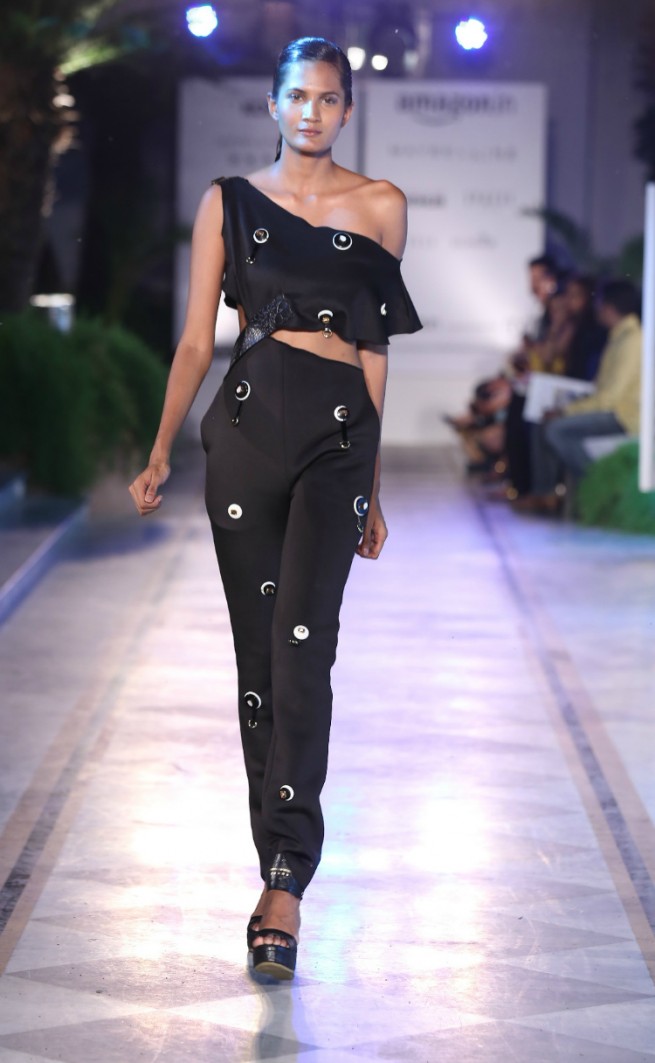 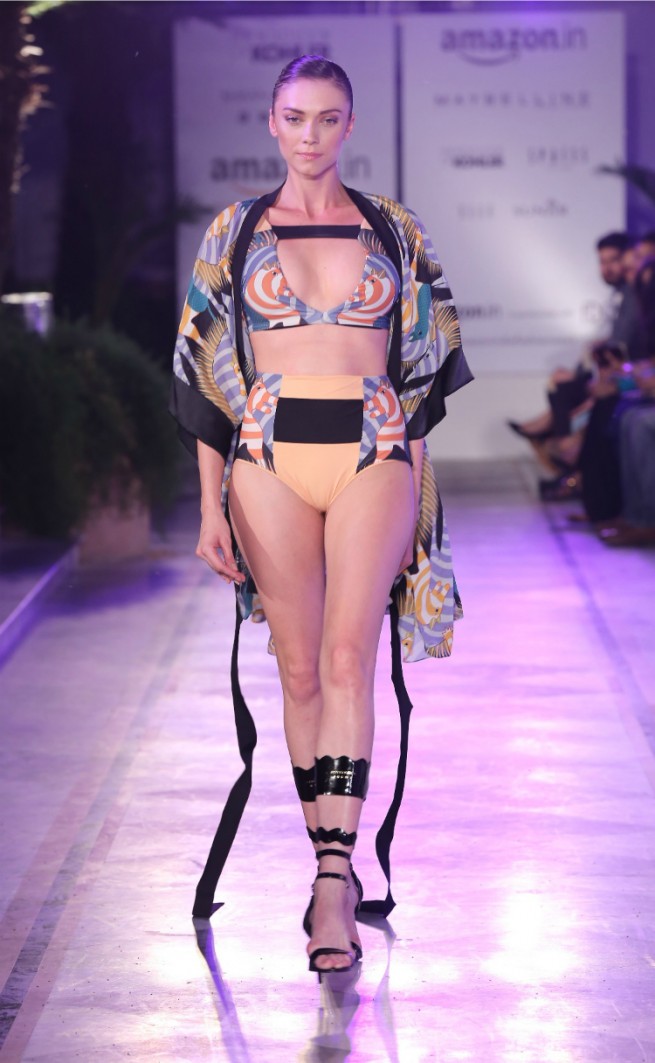