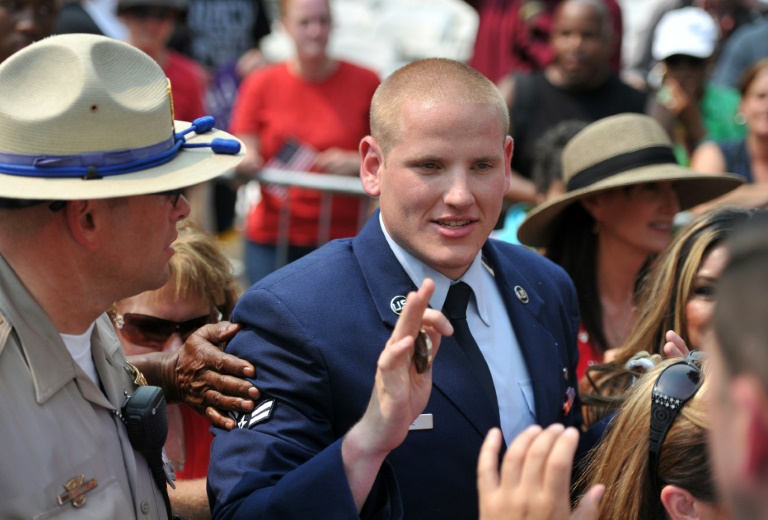 One of three Americans who helped thwart a terror attack on a packed train bound for Paris has been stabbed in Sacramento, US media reported.

A US Air Force spokesman confirmed that 23-year-old Airman Spencer Stone had been injured in his home state of California and taken to a local hospital.

“He is in stable condition,” Lieutenant Colonel Chris Karns told AFP. “We are still trying to get the details.”

He said local police were investigating the incident, including whether it was in any way linked to the Paris train attack.

“I don’t want to speculate on the reasons,” Karns said.

NBC News and CBS News reported that the attack took place in Sacramento on Wednesday night.

Just weeks ago, the town of Sacramento staged a parade in honor of the trio of friends whose actions stopped a massacre.

Stone suffered deep slash wounds as he he helped to overpower a heavily-armed gunman, 25-year-old Moroccan Ayoub El Khazzani, in the attack on August.

Stone was awarded the Legion of Honor, France’s highest decoration, along with Army National Guard Specialist Alek Skarlatos and Anthony Sadler, a civilian, for their role in thwarting the attack.

Armed with a pistol, an assault rifle and 270 rounds of ammunition, Khazzani is accused of seeking to massacre passengers on the Amsterdam-Paris train.

Stone had been due to return to work this month at Travis Air Force Base in California.