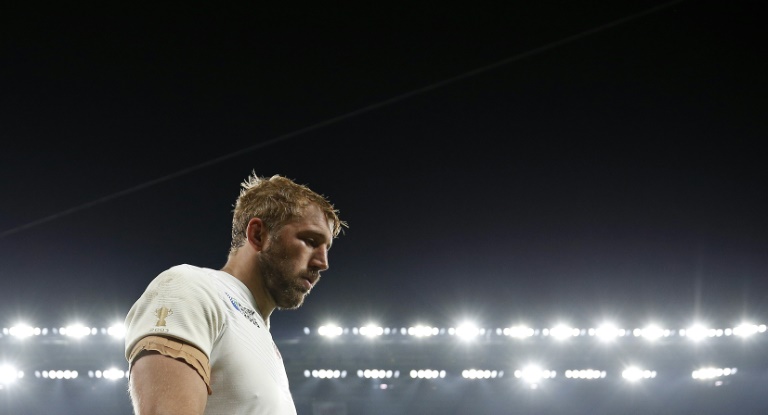 “He has always been damned with faint praise,” said Conor O’Shea, director of rugby at the English Premiership side. “He deserves a heck of a lot more than that for what he has achieved and will achieve.”

Robshaw — who had just one cap when he was appointed captain by Stuart Lancaster in 2012 — has been pilloried by the press and former players for England’s failure.

He drew particular opprobrium for his decision to go for try to beat the Welsh rather than kick for goal and level the game in the final few minutes of the 28-25 defeat a fortnight ago.

However, O’Shea said Robshaw — who will lead England for the 42nd and perhaps last time against Uruguay on Saturday — would always be his choice at Harlequins to be his leader on the pitch.

“I would always want him to be my captain.

“We took the captaincy off him at Quins to help him deal with the pressures and now it’s clear what those pressures are.

“I wanted him as mentally fresh as he could be, I wanted him relaxed for what we knew would be the toughest period of his life.

“Did anybody pay any attention to the reasons why I made that decision? No.

O’Shea, capped 35 times by Ireland, said he had spoken to 29-year-old Robshaw and advised him to move on from the World Cup fiasco.

“I talked to him yesterday, and I said ‘you’ve apologised enough, get on with it, be proud of what you’ve done, and don’t listen to people, because you’re an incredible leader and an incredible rugby player'” said 44-year-old O’Shea.

“He just needs to play well for Quins, he needs to be successful and then everything will look after itself.

“That’s what got him to where he was and that’s what will keep him where he is.

“His ambition will do the same for him all over again.”

“We’re incredibly proud of what those boys have achieved,” said O’Shea.

“They came up short â€“ but better to be that man than the man hurling abuse at the pitch.

“Personally I would love people to be more balanced, for people to understand what these guys have given.

“People have a duty to be more balanced rather than just populist.

“I would say Joe Marler would tell me to bugger off if I tried to give him any fatherly advice.

“To me it’s the inner sanctum, the place where you should be yourself, on your own and it’s a very special place.”

O’Shea said the best possible solution to alleviate the gloom surrounding the England squad members returning to Harlequins would be humour.

“The best thing will be for someone to take the complete and utter Michael out of Chris and Danny,” said O’Shea.

â€œI can imagine it will be ‘Danny did you have a good holiday?'”