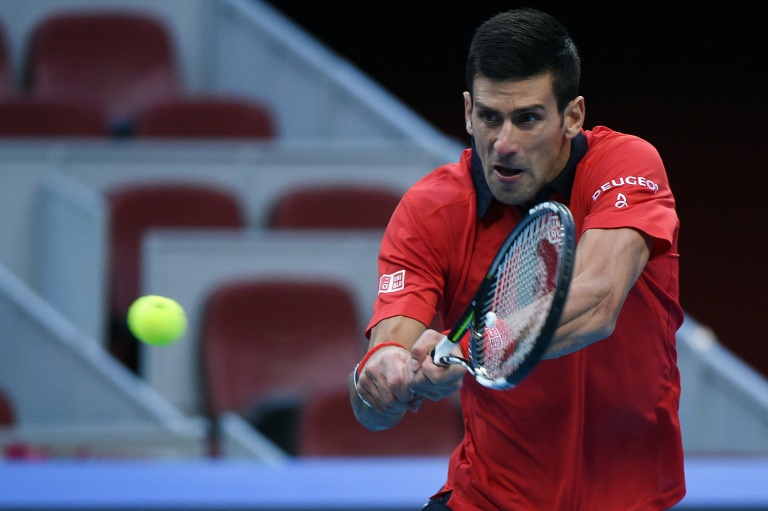 Novak Djokovic emphatically ended home hopes at the China Open on Thursday, beating Zhang Ze to reach the quarter-finals with his 26th straight win at the tournament.

The world number one, unbeaten in five appearances in Beijing, had no room for sentiment for Beijing fans as he won 6-2, 6-1 in just 55 minutes on a bright, chilly day.

Wildcard Zhang, China’s number one but ranked 219th in the world, could not contend with the power and precision of Djokovic’s ground strokes as he was broken immediately and soon yielded the first set.

The result was never in doubt and Djokovic converted his first match point with a dismissive backhand volley as Zhang struggled at the back of the court.

With 26 wins and no defeats, Djokovic joins Jimmy Connors in second place on the list of unbeaten starts to a tournament, behind only Rafael Nadal’s 31 at the French Open.

But the day’s most historic achievement came from Ivo Karlovic, who broke Goran Ivanisevic’s record for career aces as he went down to Uruguay’s Pablo Cuevas.

The record was consolation for Karlovic after his loss to 37th-ranked Cuevas, who is enjoying a dream run in Beijing after he beat world number five Tomas Berdych in the first round.

The thunderous serve of Karlovic, 36, also yielded 45 aces in this year’s quarter-final victory over Berdych in Halle — the most recorded in a three-set match.

In the women’s draw, last month’s US Open finalists both suffered upsets with New York winner Flavia Pennetta, who will retire at the end of the season, going out 3-6, 6-4, 6-3 to Anastasia Pavlyuchenkova.

Pennetta’s defeat came after fellow Italian Roberta Vinci was beaten 6-1, 3-6, 6-2 by Bethanie Mattek-Sands, in yet another surprise at the unpredictable Beijing tournament.