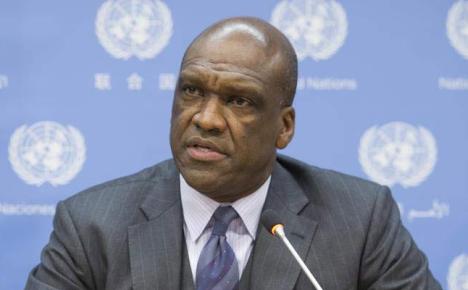 Johannesburg: United Nation Secretary General Ban Ki-moon has expressed his shock over the alleged corruption charges against John Ashe, the former president of the United Nations General Assembly. He is alleged to have taken $1.3 million as bribe.

“The secretary general was shocked and deeply troubled to learn this morning of the allegations against John Ashe, the former president of the General Assembly, which go to the heart of the integrity of the United Nations,” Stephane Dujarric, spokesperson of UN General Assembly Ban Ki-Moon said.

According to a reports, Dujjaric said the UN secretariat will cooperate, if it is contacted by US authorities.

John Ashe was the former UN ambassador from Antigua and Barbuda, who served as assembly president in 2013-2014.