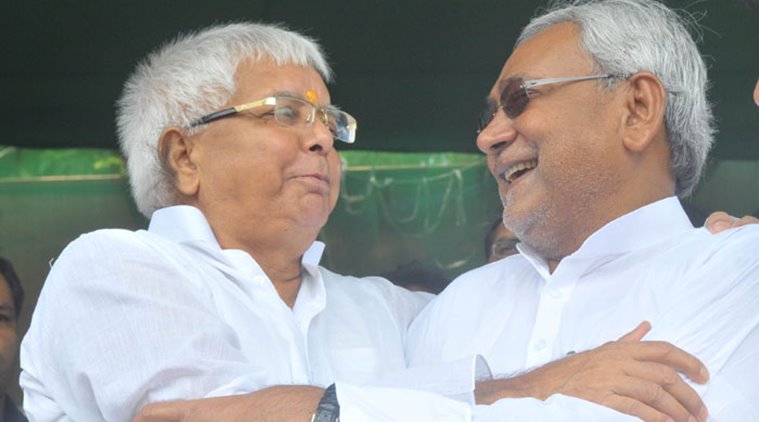 Two poll surveys on Thursday projected a majority for the ‘grand coalition’ of JDU-RJD-Congress in Bihar Assembly polls while one predicted that BJP-led NDA alliance will be ahead but short of majority by three seats.

The CNN-IBN-Axis pre-poll survey predicted 137 seats for the ‘grand alliance in the 243-member Assembly and gave only 95 seats to the NDA.

The survey predicted that BJP will be the single-largest party with 82 seats and its allies would get only 13 seats. It gave JDU 69 seats and Lalu Prasad’s RJD 48 seats, besides 20 to Congress.

Another pre-poll survey by ITG-Cicero shown on IndiaToday TV gave the grand alliance 122 seats, required for a simple majority, with NDA following as close second with 111 seats.

The remaining 10 seats are left for the other parties.

The survey gives the JD-U, RJD and Congress alliance a total vote percentage of 41 %, with the NDA alliance followed closely with 39 % voteshare and others getting 20 % voteshare.

According to the C-Voter pre-poll survey shown by both India TV and Times Now, the BJP-led NDA is projected to win 119 seats, three short of the magic mark of 122.

The grand secular alliance of RJD, JD(U) and Congress is projected to win 116 seats, three less than the NDA tally. Eight seats may go to ‘others’, the India TV-C Voter survey predicted.

The survey says NDA comprising BJP, LJP, RLSP and HAM is projected to get 43 % vote share, compared to 41 % share of the grand alliance.

For the post of Chief Minister, Nitish Kumar leads the race in all the pre-poll surveys, far ahead of other contenders.

In the 2010 assembly polls in the state, the then BJP-JD(U) alliance had won 206 seats, while Lal Prasad’s RJD and Ram Vilas Paswan’s LJP had won 25 seats.

Bihar Assembly polls will be held in five phases on October 12, 16, 28, November 1 and 5. Counting of votes will take place on November 8.