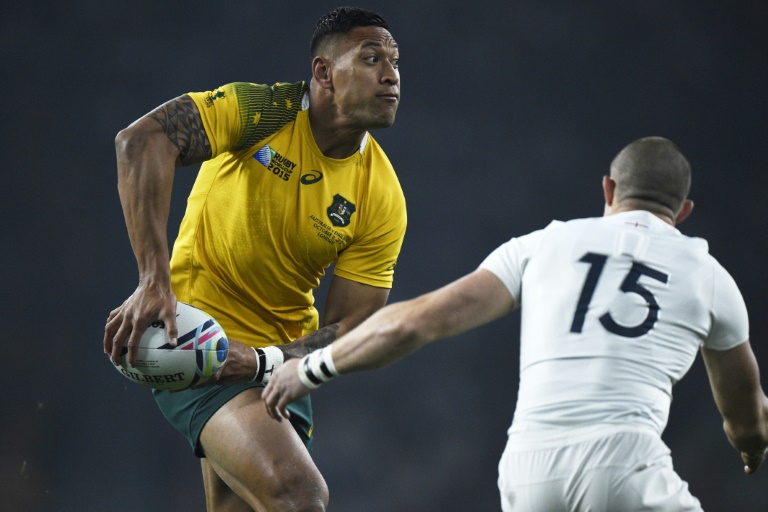 Star full back Israel Folau will start Australia’s World Cup Pool A table-topping decider with Wales at Twickenham on Saturday after proving his fitness in training.

Wallabies coach Michael Cheika had delayed naming his matchday squad of 23 on Thursday to make sure Folau had recovered from an ankle knock he took during the 33-13 humbling of England last Saturday.

It means Folau’s extraordinary run of not missing a test since he made his debut against the British and Irish Lions in 2013 is maintained.

Cheika makes three changes to the starting XV, two of them enforced by the one week suspension of flanker Michael Hooper and the other because of wing Rob Horne’s shoulder injury suffered in the England game.

Wallabies Rookie of the Year Sean McMahon replaces Hooper, the 21-year-old gaining his second start in the pool games having been in the side that routed Uruguay — Hooper’s fellow ‘jackals’ David Pocock and Scott Fardy remaining in their No8 and flanker spots.

Drew Mitchell replaces Horne and will win his 67th cap. Mitchell, who is third on the all-time World Cup try scoring list with 12 after his two tries against Uruguay in the pool game, will line up in the backline with Toulon clubmate Matt Giteau, who along with him benefited form the relaxation of the ARU’s rules on being selected for the Wallabies when playing abroad.

Both Giteau, a veteran of nthe 2003 World Cup side that reached the final only to lose to England in the dying seconds of extra-time, and captain Stephen Moore will win their 99th caps.

Cheika also called into the starting XV lock Dean Mumm, who captained the Wallabies against Uruguay, at the expense of Rob Simmons, who drops to the replacements bench.

Mumm, who Cheika persuaded to return to Australia from English club rugby this year to battle for a place in the squad, will partner Kane Douglas in the engine room while prop Scott Sio will start his fourth pool match, the only Wallaby to have done so.

The winner of the game will avoid two-time world champions South Africa in the quarter-finals, and play either Scotland or Japan who are contesting the runners-up spot in Pool B.

Cheika, though, denied earlier Thursday that it was a case of winning so as to bypass an immediate meeting with the Springboks.

“I want just to try to win every game,” said Cheika.

“No team ever won the World Cup losing a game. We have to keep getting better in tournament play because other teams are improving.

“By winning this game, then you win the group. I don’t subscribe to the theory that if you win your group, you are going to get an easier run. That is disrepecting the opposition and that is not what we are about.”