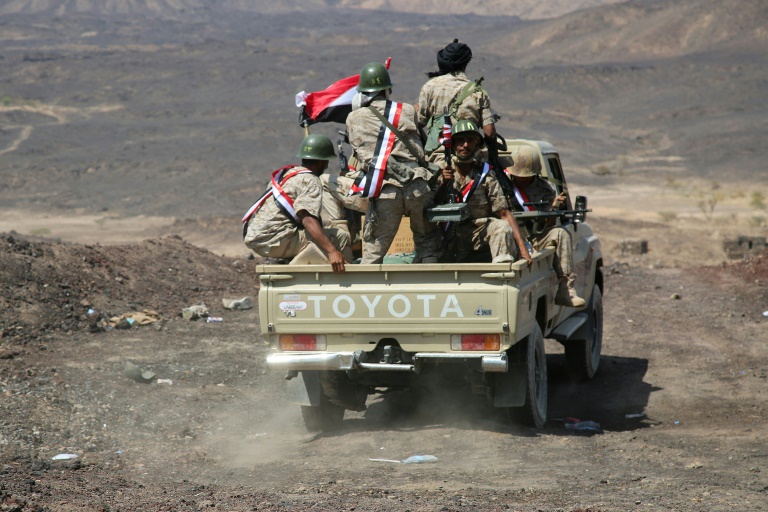 At least 13 people were killed and 38 others wounded in the bombing of a wedding in a rebel-held Yemeni town, a medical source said Thursday, as witnesses accused the Saudi-led coalition of being behind the attack.

The bombing targeted a house hosting a wedding celebration in Sanban, in Dhamar province, some 100 kilometres (60 miles) south of Sanaa, medics and witnesses said.

“The hospital of Dhamar has received 13 bodies and 38 wounded people following the bombing of a house where dozens were celebrating a wedding,” the medical source told AFP, on condition of anonymity.

The medic did not specify the source of the bombing, but witnesses said it was an air strike by a pro-government coalition that has been targeting rebel targets since March.

“Warplanes were heard in the area ahead of the attack.”

The rebels’ Almasirah television said on Twitter the wedding was targeted by the “bombing of aggression warplanes,” referring to the coalition.

A suspected coalition air strike killed at least 131 civilians at a wedding near the Red Sea city of Mokha in September, which the UN said may have been the deadliest hit since March. The coalition denied involvement.

The United Nations says around 5,000 people have been killed and 25,000 wounded, many of them civilians, in Yemen over the past seven months.

Hadi fled to Riyadh in March then returned to Aden in September after loyalists backed by coalition forces retook the port city and four other southern provinces.