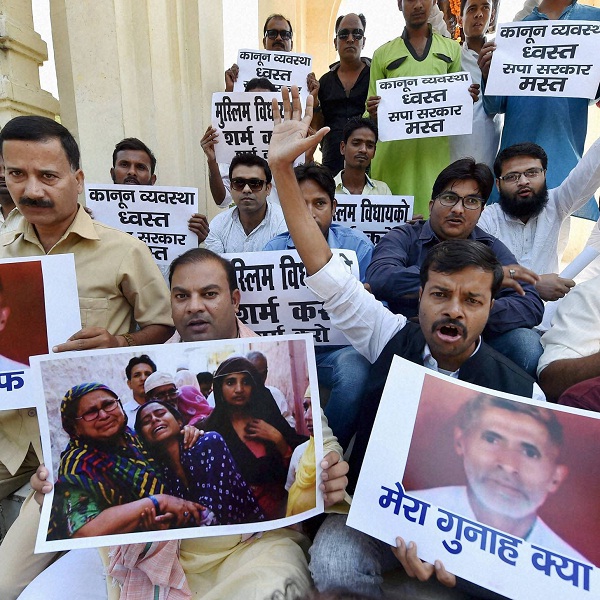 In a scathing attack on Uttar Pradesh Minority Welfare and Urban Development Minister Azam Khan, the Shiv Sena on Tuesday asked Samajwadi party chief to sack him for writing to the UN over communal violence cases. Khan had written to the UN General Secretary Ban Ki-moon asking for an audience to discuss incidents of communal violence in India.

An editorial published in the party mouth piece Saamna said, “If there is even a bit of patriotism in Mulayam Singh, he should sack Azam Khan. Why has Azam never written to the UN about the pathetic condition of Hindus in Pakistan. By writing to the UN about local issues, he has done an anti-national act. He has no right to remain on a constitutional post.”

The editorial also said that the some people are trying to fuel the fire by creating differences among Hindus and Muslims. “Everyone is criticising BJP and Hindu outfits. It is also wrong to blame BJP in this issue by calling it Hindutvawadi.”

Justifying his decision to take the Dadri lynching case to the United Nations, Khan had on Monday that if India can raise the issue of Kashmir in the UN, why not about the murder of an innocent man.

The Samajwadi Party (SP) has also defended its cabinet minister Azam Khan’s comment of taking the Dadri lynching case to the United Nations, even as BJP MP Adityanath questioned his nationality.

“Azam Khan is a true secular Indian and he firmly believes in the Constitution of India. Yogi Adityanath should ask himself whether he believes it or not,” SP leader Rajendra Chaudhary said.