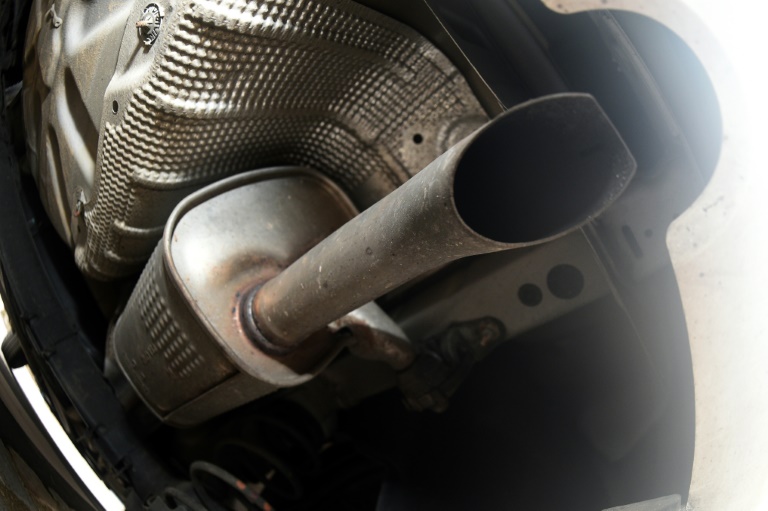 Volkswagen’s new boss said Wednesday it would take more than a year to fix all its cars fitted with pollution cheating devices, as the German auto giant scrambled to put its biggest crisis behind it.

Matthias Mueller, who took over VW’s reins at the height of the scandal, said four employees had been suspended, although he did not believe top management could have been aware of the deception.

The world’s biggest carmaker by sales has launched investigations into who was behind the deception of global proportions, in which 11 million of its diesel cars were equipped with software that switches the engine to a low-emissions mode during tests.

It then turns off pollution controls when the vehicle is on the road, allowing it to spew out harmful levels of toxic gases.

The scandal around the so-called defeat devices has wiped more than 40 percent off Volkswagen’s market capitalisation, but the direct and indirect costs are still incalculable as the company risks fines in several countries and possible damages from customers’ lawsuits.

As Volkswagen faced a deadline Wednesday to submit to German authorities its plans and timetable to fix the vehicles, Mueller told the Frankfurter Allgemeine Zeitung daily in an interview that once the proposals are accepted, “we will order the parts” to fix the affected vehicles.

“If all goes as expected, we can start the repairs in January. By end 2016, all the cars should be in order,” he said.

The former Porsche chief added that “four people, including three responsible directors on different levels of the development of Volkswagen engines,” had been suspended over the deception, adding that “others were already on partial retirement”.

German press have named Audi’s development chief Ulrich Hackenberg among those suspended, although Volkswagen would not confirm the information.

Mueller said he did not believe that the management team of Martin Winterkorn, who was forced to quit as chief executive at the height of the scandal, could have been aware of the scam.

“Do you really think that a boss would have the time to be concerned about the details of engine software?” he said.

The development of an engine is “a complex process that involves interaction between programmers, engine and gear box developers and those who deal with measurements for official tests,” he said, adding that these are tasks in which “a director is not directly involved”.

Volkswagen has said that the 6.5 billion euros it has set aside in the third quarter was only the estimated sum to cover repairs for affected vehicles.

Most of the vehicles affected would only need a minor adjustment in their engines but some would require a major overhaul, adding that these would be “of course carried out free of charge,” said Mueller.

To meet the billions of euros in financial outlays, Mueller said the group would embark on a huge cost-cutting programme and review several projects.

Germany’s football world would not be spared, as Volkswagen owns the VfL Wolfsburg football club and has investments in 17 professional clubs.

VW needs every cent as in the United States alone, it faces up to $18 billion in fines from just the Environmental Protection Agency, plus potential payouts from class action lawsuits and penalties from other regulators.

Asked about the looming fines, Mueller noted however in the interview: “Think about this: no one died from this, our cars were and are safe.”

In what could be comforting to the group’s 600,000 staff at 100 plants worldwide, Mueller said orders had not slumped despite the scandal.

“We are seeing as much demand as ever from customers, which gives us courage,” he said. “If the situation changes, we will see how we can react.”