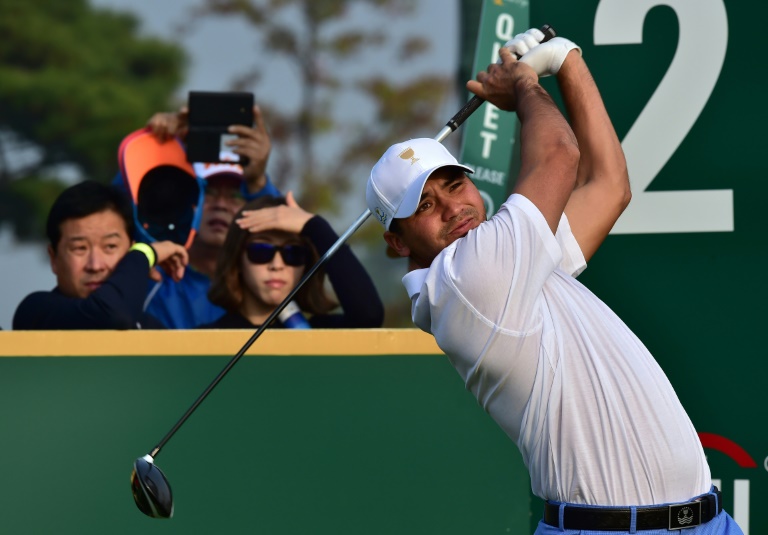 Golf legend Jack Nicklaus said Wednesday that he would like nothing better than to see Jordan Spieth battle Jason Day in Sunday’s Presidents Cup singles on the course that bears his name.

A match-up of the two best players in the world who have carried off three of the season’s Majors is a mouth-watering and likely prospect, said Nicklaus, who himself won 18 majors and has captained the US side four times in Presidents Cups.

“Put it this way, if they want to play each other there’s ways it can be made to happen,” the 75-year-old told AFP on the eve of the US versus International team match play event at the Jack Nicklaus Golf Club in Incheon, South Korea.

“When I first captained the team in 1998 Tiger Woods wanted to play Greg Norman and we made it happen,” said Nicklaus.

“The second time Tiger wanted to play Ernie (Els) and myself and Gary (Player, the International captain) sorted that out.”

Unlike the Ryder Cup, where playing lists are submitted “blind” and then matched up in order, the Presidents Cup system sees each captain name a player in turn making a Spieth-Day showdown a real possibility.

World number two Day, however, was not so certain he would be facing his season-long foe and top-ranked Spieth again.

“I think it would be a lot of fun playing against Jordan,” Day told reporters.

“But, then again, I’m not too sure what their strategy is with that — if they are going to hold Jordan to wait for my name or if captain (Nick) Price is going to hold my name for Jordan.

“He may want me to go out early, try to get a point up. It all depends on how things are going, and from there, make that decision who I’ll play against.”

Nicklaus said he was proud of being the designer of the course which will host the prestigious team event on Asian soil for the first time when play begins on Thursday.

He has made a number of changes recently to the course with particular work done to ease the severity of undulations on the greens.

Nicklaus predicted it would result in a tough but fair challenge to the players, with the possibility for plenty of birdies.

“I made it too tough to start with,” Nicklaus said with a smile. “I think a lot of times, everybody, all designers go through cycles of when they do different things.

“I guess I was in my ‘bumpy’ cycle when we started this. I’m in my more ‘peaceful, love golfer’ cycle right now,” he grinned.