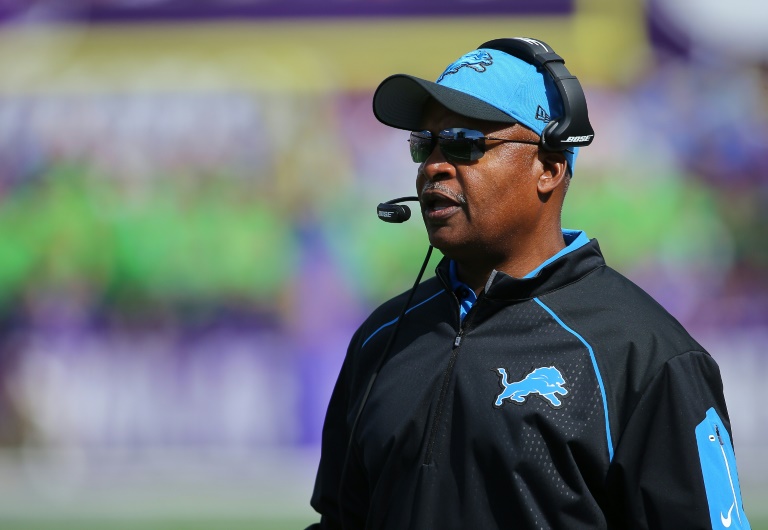 Head coach Jim Caldwell says his winless Detroit Lions can’t afford to dwell on the controversial non-call that cost them a last-gasp chance of victory in Seattle on Monday night.

At a Tuesday press conference back home in Detroit, Caldwell was peppered with questions about the play — on which Seattle’s K.J Wright illegally batted a ball fumbled by Detroit’s Calvin Johnson out of the end zone but wasn’t whistled for a foul.

“I don’t want it to linger,” Caldwell said of his decision to instruct Lions players not to discuss the call.

“I don’t want our guys talking about it because it’s over and done with, just in terms of the play.”

NFL head of officials Dean Blandino had already acknowledged on Monday night that game officials botched the call with less than two minutes left in the game.

They should have assessed a penalty that would have given the ball to Detroit with the Lions in prime position for a go-ahead touchdown.

The controversy — including the obscurity of the rule Wright violated and the lack of a video review — was a hot topic in US sports media on the day after, but Caldwell said his team needed to focus on their upcoming game against the Arizona Cardinals.

“Now, you can take that situation and drag it out through the week where your players are more focused in on that particular play than on the opposition that we have to face in just a few days in a very, very good Arizona team, or you can act ‘Woe is me, that’s a bad call, that went against us’ and look at all those kinds of things,” Caldwell said.

“That’ll distract you and you’ll get your ears kicked in come Sunday afternoon. We don’t plan to let that happen, so we plan to make certain that our guys focus in on (Arizona).”

Caldwell has other pressing problems to consider, such as replacing defensive tackle Tyrunn Walker who had surgery on a broken leg on Tuesday after being carted off the field on Monday.

Caldwell said more would be known about their status on Wednesday and in the meantime the Lions will be focused on getting their first win of the season.

“Twelve games left, but the most important thing that we’re thinking about right now is the next game and so we’ve got time to keep improving and that’s going to be the key,” Caldwell said. “We have to keep improving there’s no question.”