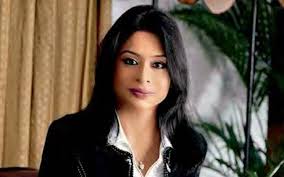 Rubbishing all claims of any suicide bid, Indrani Mukherjea, said in her statement that she never attempted suicide and that she had not overdosed on medicines and neither did anyone supplied them to her inside the jail.

She asserted in her statement to inspector general (prisons), Bipin Kumar Singh, that her health condition deteriorated because of her mother’s death.

After spending five days in hospital for treatment for an unknown affliction, Indrani, was discharged from hospital on October 6. He discharge report said that she is physically and mentally fit.

Following an improvement in her condition, Indrani was shifted back by police to the Byculla jail, and she will remain in judicial custody till October 19.

Indrani, accused of murdering her daughter Sheena Bora in 2012, was taken to JJ Hospital last Friday after she fell unconscious.