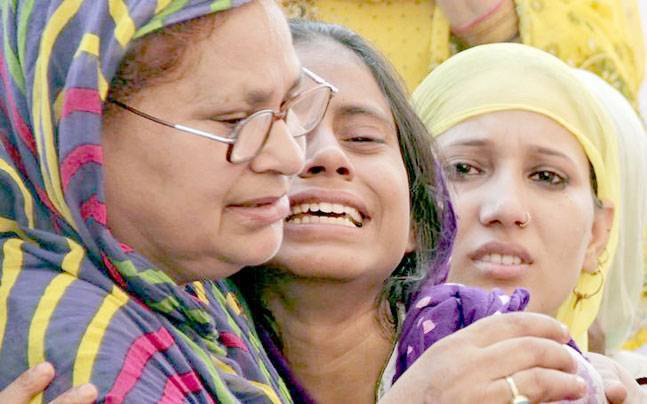 New Delhi: The Union Home Secretary on Wednesday briefed Prime Minister Narendra Modi’s Office (PMO) about the Dadri incident – in which a 50-year-old Muslim man was lynched following rumours that his family had stored and consumed beef.

The Home Secretary met senior officials of the Prime Minister’s Office last evening after receiving a report from the UP government on the circumstances leading to the killing of 50-year-old Mohammed Iqlakh on the intervening night of September 28-29. The Home Secretary also reportedly briefed the PMO on the report submitted to it by the Uttar Pradesh government and the law and order situation in Dadri.

It was a routine meeting but the Dadri incident might have figured in it, official sources said.

Mehrishi is currently on a visit to Jammu and Kashmir.

In its report submitted to the Home Ministry yesterday, the UP government has mentioned that the victim Iqlakh and his son Danish were attacked over allegations of killing a “prohibited animal”.

“At around 10.30 pm (on September 28), members of a particular community barged into the house of Iqlakh and attacked him and his son Danish. They thrashed them up and vandalised the house, accusing them of carrying out ‘pratibandhit pashu ka vadd’ (killing of prohibited animal),” the report has said.

While Iqlakh died in the incident, Danish was injured critically and is hospitalised.

The report incorporated the account of the incident as recorded in the FIR registered by the local police in Dadri in Gautam Budh Nagar district.