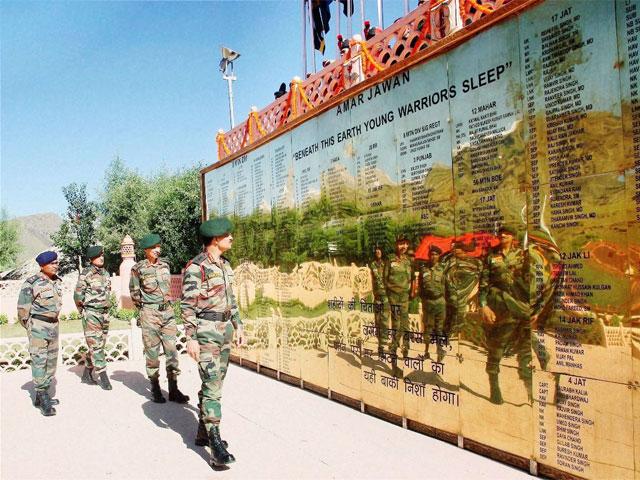 Acceding to a long-pending demand of the armed forces, the government today approved a Rs 500- crore project for building a National War Memorial and a National War Museum near India Gate in memory of over 22,500 soldiers who laid down their lives post-Independence.

The total time for completion of the entire project at Princess Park here is estimated to be five years.

Post-Independence, more than 22,500 soldiers have made the supreme sacrifice in national interests and in defence of the sovereignty and integrity of the country.

However, even after 69 years of Independence, no memorial to commemorate the martyrs has been constructed till date.

With the present decision of the Cabinet, a long-pending demand of the armed forces has been redressed, an official statement released after the Cabinet meeting, chaired by Prime Minister Narendra Modi, said.

It has been decided that the project will be monitored by an empowered Steering Committee chaired by Defence Secretary and assisted by a dedicated project management team, to ensure that the proposed project is completed within scheduled time- frame.

Post commissioning, a management body will be formed for maintenance of the National War Memorial and the museum.

“This government will be establishing a war memorial and a museum with a deep sense of gratitude to honour those brave soldiers, who laid down their lives.

“The memorial will promote a sense of patriotism in the minds of visitors, and will award an opportunity to citizens of this vast nation, to express their token sense of gratitude to the brave soldiers, who laid down their lives for the mother land,” the statement said.

While their final movements would have gone unnoticed and on occasions their final resting place unknown, this museum will capture those poignant moments in history and bring out the variegated nature of their commitments, it said.

“Their dedication, this government feels is a part of unfinished work in nation-building. This government resolves with all its humility at its command that they did not die in vain and that Bharat Mata is enriched by their contribution. A visit to the memorial shall inspire us to rededicate ourselves to this great nation with utmost devotion,” the statement said.