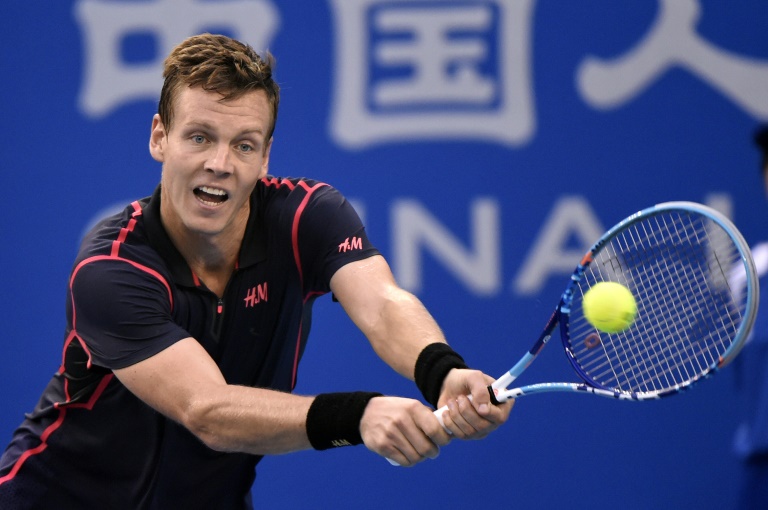 World number five Tomas Berdych was stunned in straight sets by Uruguay’s Pablo Cuevas as he became the latest seed to exit the rollercoaster China Open on Wednesday.

The second-seeded Czech, who won the rain-delayed Shenzhen Open final on Monday, was sent packing 6-4, 6-4 a little over 24 hours after arriving in Beijing and after only 107 minutes on court.

Milos Raonic and Jo-Wilfried Tsonga, the fifth and eighth seeds, had also failed to negotiate the first round in what has been an eventful tournament so far.

“I made one tournament title. The other one didn’t go my way,” shrugged Berdych after his first-round defeat to the 37th-ranked Cuevas.

“It’s always a difficult part of the year,” he added. “We have to travel a lot. The conditions are always very different, very difficult, week by week here in China. It’s not easy to adjust.”

It was a different story for Garbine Muguruza, who retired from last week’s Wuhan Open final against Venus Williams with an ankle problem but bounced back to beat Irina Falconi 6-2, 6-1.

The Spaniard, nicknamed “Mushroom” by Beijing fans because her name sounds like “mushroom” in Chinese, will now qualify for the WTA Finals if she wins her next match against Mirjana Lucic-Baroni.

“I think I want to finish in a good way the year. I want to go on holidays and say, Look, I had a great year, I did everything I could, to go off the court feeling that I did all my effort,” Muguruza said.

With Serena Williams and Maria Sharapova both missing Beijing, the women’s draw has been prised wider open by the retirements of Simona Halep and Eugenie Bouchard, and Petra Kvitova’s early defeat.