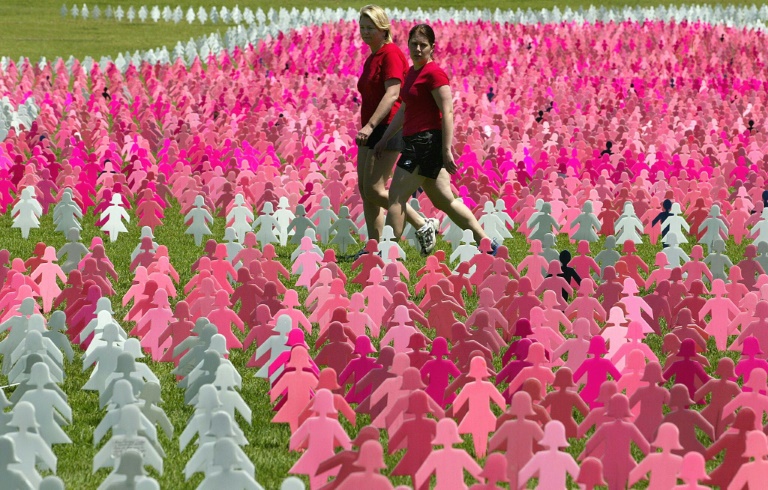 An Australian cancer survivor on Wednesday triumphed in a landmark challenge against biotech companies, with the country’s top court ruling they could not patent a gene linked to breast cancer.

Yvonne D’Arcy took her case to the High Court of Australia, arguing that the so-called breast cancer gene BRCA1 — the mutation famously carried by Hollywood star Angelina Jolie — was a naturally occurring substance.

Breast cancer is the leading cancer killer of women aged 20-59 worldwide, and supporters of the case had argued that patenting a gene could stymie medical research and testing.

“I screamed. I was just excited to know that we had it seven-nil our way,” an ecstatic D’Arcy, a 69-year-old breast cancer survivor, said of the court’s unanimous decision.

“For all those people who do have the genetic footprint for breast cancer, ovarian cancer, any cancer basically, it’s a win for them because they are forewarned,” she said, adding that she expected testing would become cheaper and more available.

The High Court found that while isolating the gene required human activity, that was not enough to classify it as a manufactured product and so make it patentable.

“While the invention claimed might be, in a formal sense, a product of human action, it was the existence of the information stored in the relevant sequences that was an essential element of the invention,” the judges said.

But the High Court agreed in February to hear an appeal and Darcy conceded that taking on the US corporation had appeared an uneven contest.

“It was a David and Goliath test,” she admitted.

The arguments used in the Australian case were similar to those applied in the United States, where the Supreme Court ruled in 2013 that the isolation of BRCA1 itself was not enough to render genes patentable.

Experts said the Australian decision could impact access to genetic testing, medical research and treatments in the country.

“We have been waiting almost 30 years for a decision of this nature, on the issue of whether isolated DNA sequences are patentable subject matter,” said Dianne Nicol, director of the Centre for Law and Genetics at the University of Tasmania.

Carriers of the BRCA1 mutation, in which the BRCA stands for BReast CAncer susceptibility, have a much higher risk of developing breast and ovarian cancer than those women without it.

Breast cancer claims some 458,000 lives every year, with around 1.38 million new cases recorded annually, according to the UN’s World Health Organisation.