Home Sports Astros down Yankees to advance in baseball playoffs 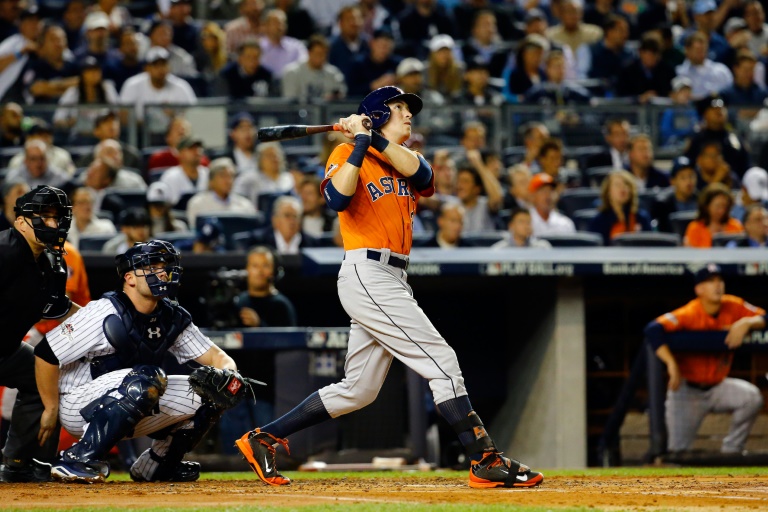 Dallas Keuchel allowed three hits in six stellar innings as the Houston Astros ousted the New York Yankees from the playoffs with a 3-0 win in the American League wild card game.

The Royals, trying to get back to the World Series after falling to the San Francisco Giants last year, host game one of that best-of-five series on Thursday.

Shortstop Jose Altuve singled in a run as the Astros won their first post-season game since they beat the St. Louis Cardinals in game six of the 2005 National League Championship Series — before realignment saw them move to the American League.

The three runs were enough for Keuchel, who hasn’t allowed a run in his last 29 innings against the Yankees.

Keuchel allowed a single to rookie first baseman Greg Bird with two outs in the second inning, then retired the next 10 batters he faced.

New York put runners at first and second on singles by shortstop Didi Gregorius and right fielder Carlos Beltran in the sixth. On the next pitch, designated hitter Alex Rodriguez flied out to center field, disappointing most of the sellout crowd of 50,113.

Astros pitcher Tony Sipp worked around a one-out walk to third baseman Chase Headley in the seventh. He struck out Bird on a full count and retired second baseman Rob Refsnyder on an easy flyout.

Houston reliever Will Harris pitched a hitless eighth, prompting scattered boos for the Yankees from some home fans. Astros closing pitcher Luke Gregerson struck out two in the ninth for the save.

Rasmus made it 1-0 when he opened the second by sending a Tanaka fastball over the right field fence. Gomez doubled the lead when he sent a Tanaka slider over the wall in left-center.

Altuve, who opened the game by striking out against Tanaka, made it 3-0 with a single up the middle in the seventh.